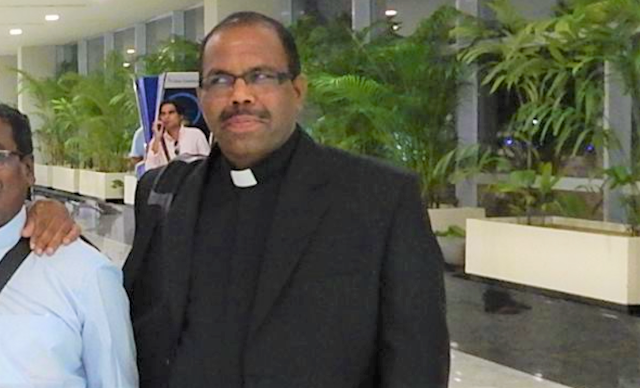 An unidentified man attacked a Catholic priest  in the southern Indian state of Karnataka.
On December 11 an unknown person entered the church of St. Joseph the worker in Baibhav Nagar, in the Belagavi district and, for no reason, tried to attack the parish priest Father Francis D'Souza. The incident took place at the residence of Father D'Souza, a Catholic priest of the diocese of Belgaum.
A Catholic priest, named Fr. Francis D'Souza, was attacked with a sword.
He explains, "I went outside when I heard the dog barking nervously, and I noticed that the front door was open. I went out to close it when a man, armed with a long knife, tried to attack me. I fled and called for help", said Father D'Souza, after escaping from danger. As Fides learned,  The attacker, who was hiding near the house, tried to hit the priest with a large blade as soon as he left the house. Father Francis fled, while the attacker tried to chase him. The people of the neighborhood rushed to the place and at that point the man disappeared. The police have started an investigation after obtaining the images from surveillance cameras. Investigators have identified the defendant and searches are underway to arrest him.
According to local sources of Fides, there has been an increase in such incidents since the state government led by the pro-Hindu Bharatiya Janata Party (BJP) began considering a bill to ban forced religious conversions. In Karnataka, Christians make up 1.87% of the population of the vast state of southern India (2011 census), which has 61 million people, 84% Hindu, and 13% Muslim.
Edited from Fides.org