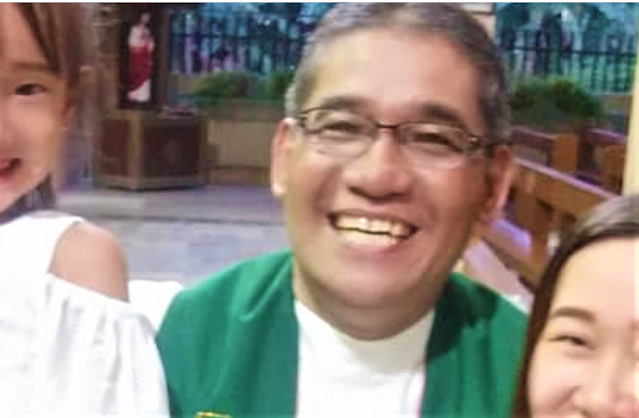 A Catholic priest who had been missing after Typhoon “Odette” slammed the central Philippines was found dead, the Archdiocese of Cebu said.
In a statement released on Dec, 23, the archdiocese confirmed the death of Fr. Eliseo “Leo” Fernandez after identifying his celibacy ring that has a cross design.
The 53-year-old priest was found floating on the shore near Toledo City on Dec. 18, two days after the typhoon struck, and was immediately reported to the local police.
“Fr. Leo’s brother positively identified the ring as that of Fr. Leo’s because it also has his name engraved on it,” the statement read.
“The clothes as described by funeral parlor personnel also matched the description of the ones worn by Fr. Leo on the night he was washed away by the strong current,” it added.
Fr. Fernandez was serving as the parish priest of the Sto. Tomas de Villanueva Parish in the city’s southern town of Badian.
His church and convent are located beside the river and it was believed that the priest was swept away by a flash flood.
The archdiocese urged the faithful to pray for the soul of Fr. Fernandez and those who died from the disaster, which devastated several provinces in Visayas and Mindanao regions.
FULL TEXT Release: CBCP News