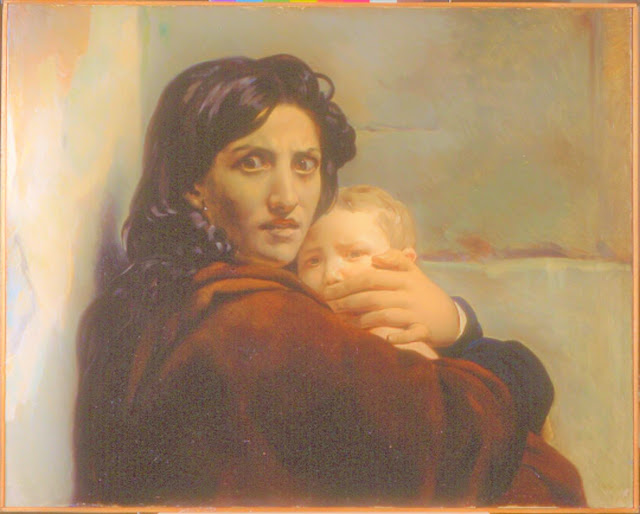 A centuries old carol named  "Coventry Carol" is an English Christmas song dating from the 16th century. The carol was traditionally performed in Coventry in England as part of a mystery play called The Pageant of the Shearmen and Tailors. The play recalls the Christmas story from chapter two in the Gospel of Matthew: the carol itself refers to the Massacre of the Innocents, in which Herod ordered all male infants under the age of two in Bethlehem to be killed, and takes the form of a lullaby sung by mothers of their children.  Free Print music of this song can be found:
http://www.cantatedomino.org/cd/lullay,-lulla-thou-little-tiny-child--coventry-carol--orginal---walford-davies---mather.php

Lully Lulla, thou little tiny child, By by lully lullay.

O sisters too how may we do,For to preserve this day,This poor youngling for whom we do sing,by by lully lullay.Herod the king in his raging,Charged he hath this day,His man of might in his own sight,All young children to slay.That woe is me poor child for thee,And ever mourn and say,for thy parting, neither say nor sing,by by lully lullay.Lully Lulla, thou little tiny child,By by lully lullay.
(Historical source: Wikipedia) (Image Source: Detail from painting by French artist Léon Cogniet (29 August 1794 – 20 November 1880)