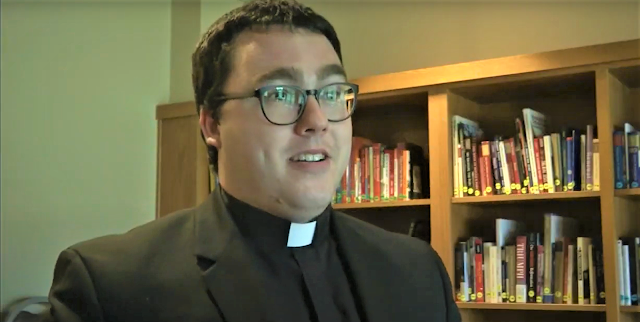 When the alleged crimes occurred, Huneck was the pastor at Saint Paul of the Cross Catholic Church in Columbia City. Huneck was also chaplain of Bishop Dwenger High School in Fort Wayne. Huneck resigned from his positions after the allegations were made public, and the diocese suspended him from pastoral duties.

In their initial press release the Diocese of Fort Wayne wrote:

On September 19, 2021, the Catholic Diocese of Fort Wayne-South Bend became aware of allegations that Father David Huneck engaged in sexual and other misconduct, including that with a minor. Consistent with diocesan policy, the diocese notified the Department of Child Services of the allegations. It was then forwarded to local police. Father Huneck subsequently resigned as pastor of Saint Paul of the Cross Catholic Church, Columbia City, and as chaplain of Bishop Dwenger High School, Fort Wayne. Further, as a precautionary measure, Father Huneck was suspended from all public priestly ministry.

Wane.com reports that, David Huneck faces charges of Child Seduction, Sexual Battery, Battery, Contributing to the Delinquency of a Minor, and Furnishing Alcohol to a Minor in Whitley Superior Court.

He will plead guilty to the two most serious counts (as part of a plea deal) – Level 6 felony Child Seduction and Level 6 felony Sexual Battery – and serve between 10 and 90 days in the Whitley County Jail. He may ask a judge to lessen the charges to Class A misdemeanors, according to the agreement.

The Catholic Diocese of Fort Wayne-South Bend extends its thanks to the Columbia City Police Department and the Whitley County Prosecutor’s Office for the work they have done in the case of Father David Huneck following our report that he engaged in sexual and other misconduct, including that with a minor. With the filing of these charges, the diocese continues to cooperate with civil authorities.
As was shared in the news conference last week, the church has its own investigative process called the canonical process, which is separate from the civil law’s criminal process. Our internal diocesan investigation resulted in the finding that the allegations against Father Huneck are credible. In consultation with the Diocesan Review Board, Father Huneck was placed on our public list of clergy credibly accused of sexual abuse of a minor. We will continue our canonical process of Father Huneck in the church, and he remains suspended from all public ministry.
The Diocese of Fort Wayne-South Bend continues to extend our heartfelt prayers for victims of abuse and all who are affected by this news and stands firm in its commitment to investigate any allegation of sexual abuse by a member of the clergy and to listen to and support anyone who has been abused.
Please contact Mary Glowaski, Victim’s Assistance Coordinator and Assistant to the Bishop in Pastoral Care, at mglowaski@diocesefwsb.org or 260-399-1458. https://diocesefwsb.org/diocese-of-fort-wayne-south-bend-official-statement-on-charges-filed-against-father-david-huneck/