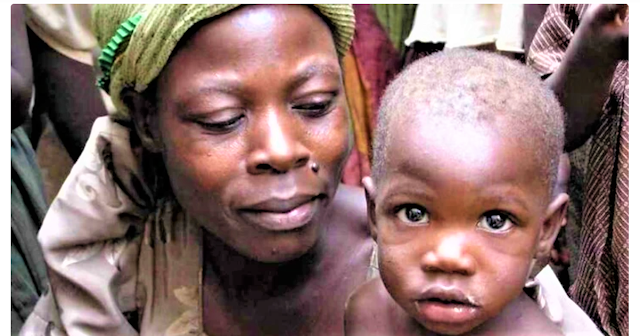 A mother in Uganda, Africa, was found dead along with her two children aged 3 and 8. Her husband, a Muslim in central Uganda is suspected of hanging his wife and two children. The husband is suspected to have killed his wife because the young mother and oldest child received Christ after attending Christmas Day and Sunday worship services, sources said.

Morning Star news reported that a neighbor on Dec. 28 found Shamira Nakato hanged with her two children, ages 3 and 8, in their house in Bwetyaba village, Kayunga District, after area residents witnessed signs of violence against her, a church leader said. She was 27 years old.

Another neighbor had invited Nakato to attend a Christmas service at her church on Dec. 25 while Nakato’s husband was away on a two-day trip, said the pastor of the church, unidentified for security reasons. At the end of the service, the pastor spoke with Nakato and prayed for her and her children.

Nakato and her two children returned to the church for the Sunday service on Dec. 26.

“At the end of the service, Nakato remained behind and told me that he she had a deep conviction to embrace Christ after the prayer of Christmas Day,” the pastor said. “I then prayed for her and invited her for a special prayer day on Monday, Dec. 27.”

While Nakato and her children were attending the service on Dec. 27, her husband arrived home earlier than expected, and a Muslim neighbor told him that his wife was seen attending church services on two consecutive days with the Christian neighbor, area residents said.

The Muslim neighbor told Nakato’s husband, Hamidu Kasimbi, that she might be gone to another service, and Kasimbi left his house and went to the church site, residents said.

“When he entered the church, his wife and the children were seated at the back,” the pastor said. “He pulled her out of the church, and about 100 meters away, a member saw him beat his wife.”

At mid-day, another neighbor heard screaming from Kasimbi’s house, the pastor said. At about 4 p.m., a neighbor saw two men wearing Islamic prayer caps outside Kasimbi’s house putting together an undefined wooden structure.

Late at night, area residents heard brief screaming in Kasimbi’s house, the neighbor said. When he went to the house early the next morning (Dec. 28) to borrow a tool for cutting firewood, he did not find anyone at the compound.

The neighbor said the door was unlocked, so he entered the house and found Nakato and her two children hanged. The wooden structure built earlier appeared to have been used to elevate the victims before hanging, he said.

The results of the portmortem were unknown, but the neighbor noted other injuries indicating that one or more of the victims might have been strangled before being hung.

Kasimbi has disappeared and is sought by security agencies. Police registered a homicide case (SD REF 27/27/12/2021).