Saint January 29 : St. Gildas the Wise of Scotland who Built a Monastery at Rhuis 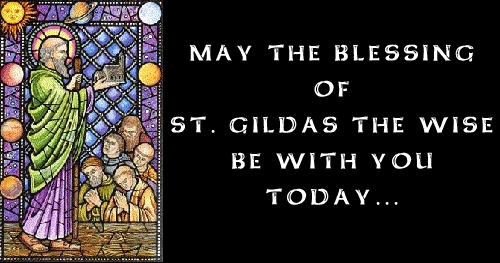