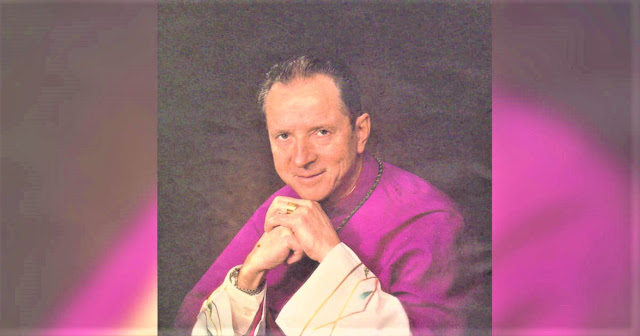 CCCB - The Most Reverend Remi J. De Roo, Bishop Emeritus of Victoria, died on Tuesday, 1 February 2022, at the age of 97.
Bishop De Roo was born on 24 February 1924 on a farm in Swan Lake, Manitoba, and was ordained to the priesthood on 8 June 1950 by the Most Rev. Georges Cabana, after completing formation at the St. Boniface Major Seminary. In 1952, he completed a Doctorate in Sacred Theology at the Angelicum in Rome. His thesis was on the Queenship of the Virgin Mary.

He served as a Curate, and then Pastor, of Holy Cross Parish in the Archdiocese of St. Boniface. On 14 December 1962, he was ordained to the episcopate at St. Boniface Cathedral, Manitoba, by Archbishop Baudoux, and subsequently installed as Bishop of Victoria also in 1962. He was the youngest Bishop in Canada.

He was one of the youngest Bishops to participate in the Second Vatican Council, which opened the year of his ordination.

He received an honorary Doctor of Laws degree in 1983 from St. Francis Xavier University.

As Chair of the CCCB’s Social Affairs Commission, he was instrumental in the publication of the Bishops’ 1983 statement, “Ethical Reflections on the Economic Crisis”. In his address at St. Francis Xavier, he said that Ethical Reflections “uses a pedagogy inspired by the Gospel … linking evangelization with total human development.”

He served as chairperson of the B.C. Human Rights Commission (1974-1978) and worked actively on behalf of Indigenous people, farmers, and the unemployed; he supported the struggle for human rights in Latin America.

The funeral Mass for Bishop De Roo was celebrated on Saturday, 12 February 2022 at 11:00 a.m., at St. Andrew’s Cathedral in Victoria, British Columbia. The funeral liturgy is also available below: