Saint February 23 : Blessed Raffaella Ybarra of Villalonga a Wife and Mother who Became a Nun and Founder of Religious of the Guardian Angels 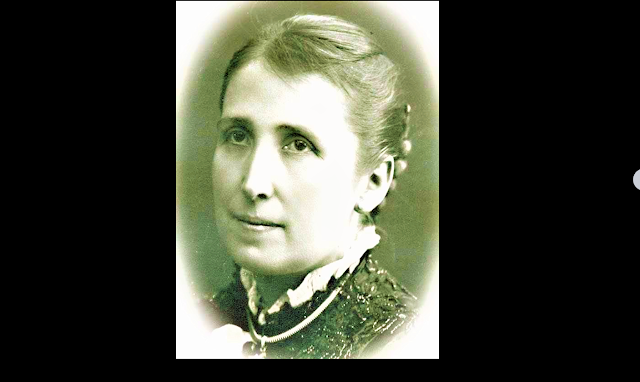 Born into a wealthy family on January 16, 1843 in Bilbao in Spain, his parents Gabriele Maria Ybarra y Gutiérrez de Cabiedes and Rosaria de Arambarri y Mancebo, were fervent Catholics. Already at the age of eleven, when she made her First Communion, she gave signs of extraordinary piety, feeling spiritual consolations and suffering in meditating on the Passion of Jesus.
At 18 she married Giuseppe Vilallonga, a Catalan of a rich family, she spent the first fifteen years of marriage, dedicating herself to the family, which included her children and her husband, her adopted grandchildren, old parents and other relatives.
Under the spiritual direction of the Jesuit Francis de Sales Muruzábal and with the consent of her husband, she made the vows of poverty, obedience and chastity, which she perpetually confirmed in 1890, adding that of embracing the religious state, if family conditions allowed. .
Being rich, she was able to give life to many works of good and apostolate. She founded the Holy Family asylum in Bilbao, to assist women and children who arrived in the city without assistance. But her main work was the foundation of the Institute called "Religious of the Guardian Angels", for the preservation of abandoned or unsafe young women, which received diocesan approval on 11 March 1901 and a few years later the definitive approval of the Holy See.
Raffaela Ybarra widow Valallonga, died holy at the age of 57, in her home in Bilbao, on February 23, 1900. In reading the news about her it seems to go back in time, when holy women for the most part noble, while remaining to live in the world and in their family, they were obliged to found monasteries which they then supported, perhaps with the intention of closing their days, in the peace of these convents.
She was beatified by Pope John Paul II on 30 September 1984.