Saint February 24 : Blessed Tommaso Maria Fusco who Opened a School in his Home and Founded the Daughters of Charity of the Most Precious Blood 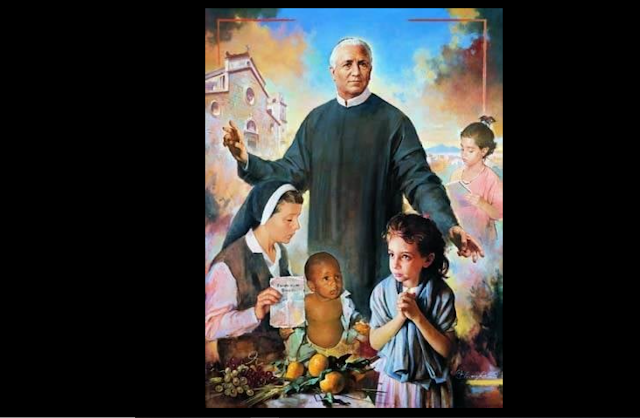 Blessed Tommaso Maria Fusco was everything you could want in a priest. Though his vocation was born in suffering, it produced new life in imitation of the resurrection.
He was born 1831 in Italy to a pharmacist and an aristocratic woman. His parents were known for their faithfulness, but by the time he was 10, he had lost both of them to disease. An uncle took care of him and provided for his education.
In 1839, St. Alphonsus Liguori was canonized, and his story captivated the young Tommaso. The boy fostered a keen desire to give his life to God in service of the Church as a priest. He entered the seminary in 1847, following an older brother who would be ordained two years later.
By the time Tommaso was ordained in 1855, he had lost several other loved ones—his uncle who had taken care of him when his parents died, as well as a younger brother. In all of this suffering, death, and grief, he gravitated to a spirituality rooted in the image of Christ crucified, which fed him through the rest of his life.
Tommaso was skilled at encouraging people in their lives of prayer, and he opened his home to start a day school for wayward boys who needed an education. He also began gathering adults at a parish for evening prayer together.
Soon, he felt called to preach the good news to a wider population. In 1857, he entered a religious community—the Missionaries of Nocera—and spent several years wandering the region, preaching and ministering. He was an effective and motivating speaker, and gathered people around him to grow in the faith. He even brought priests together to study moral theology to improve their skills in the confessional.
He established several communities of prayer and pastoral action among the laity, and founded a religious community of nuns to care for poor girls and to open an orphanage.
Towards the end of his life, his work was envied by others, even fellow priests, and he suffered attacks on his character and false accusations. He bore these accusations by emulating the patience Jesus displayed in his passion.
Tommaso died in 1891 of liver disease—he had not yet reached the age of 60. The people of Pagani, his hometown, honored him as a true missionary and founder, an “exemplary priest” who worked tirelessly for the salvation of souls. The decree they published noted that “in life he loved the poor and in death forgave his enemies.”
Above all, he clung to the suffering of Jesus, and found there a source of hope, and an example to share his love with equal measure. People who knew him recognized him as a holy man. He was beatified by Pope John Paul II in 2001, and his image is used here with permission from Catholic.org.
Blessed Tommaso Maria Fusco, you saw hope in suffering and helped others find it there, too--pray for us!
Biographical Source: http://faith.nd.edu/