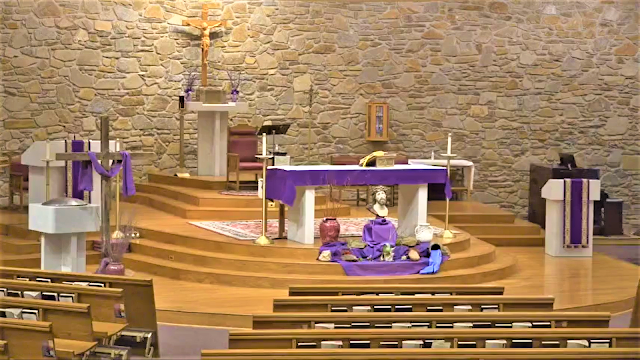 Saint John the Evangelist Catholic Church in Baltimore County, Maryland was in shock after their tabernacle containing the Eucharist was stolen. They explained that someone broke open one of the entrances doors and then stole some very valuable things from the church. The church said a base of a processional cross, six long candle holders, and a candelabra were missing; in addition to the tabernacle.
Police are investigating. The suspect damaged to several doors. "Whoever took the original tabernacle really had to It was bolted onto this base, so they really had to work to remove it," Ehrlich said. An interim tabernacle now stands in its place.  "In our faith, we're called to be forgiving, so we pray for that person, and we just hope a return of these items, and you know, prayers for all," Ehrlich said. The church is continuing operations as normal. The church is asking whoever is responsible to return the items, no questions asked, they said.
Source: wbaltv - https://www.sjehydes.org/