Interview with the Head of the Catholic Church in Ukraine Reveals that Pope Francis Called Him Several Times and Saying "... that he will do everything possible to stop the war." 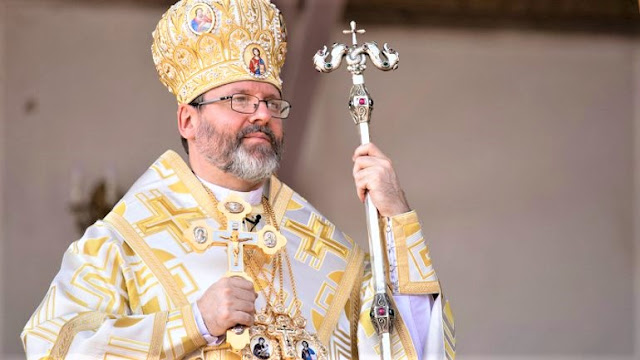 "Hatred dries up the soul, let's draw strength from love": Interview of His Beatitude Sviatoslav for Radio NV
Saturday, March 12, 2022,
His Beatitude Sviatoslav, Father and Head of the UGCC, spoke with Oleksiy Tarasov on Radio NV on March 11, 2022, about the role of the Church in what is happening in Ukraine.

gjmboise said…
"... he will do everything possible to stop the war." Does this include the consecration of Russia to Our Lady's Immaculate Heart in union with all the Bishops of the world?

Seems like such a small price to pay for peace and to stop Russia from spreading her errors! For those who believe JPII already did this, it seems like Russia is continuing to spread her errors, no? Either JPII did NOT complete the consecration as Our Lady requested, or, she lied! And, since she is unable to lie, that leaves only one conclusion. It has NOT been done!