Saint April 1 : St. Hugh of Grenoble a Carthusian known for Preaching and his Generosity to the Poor 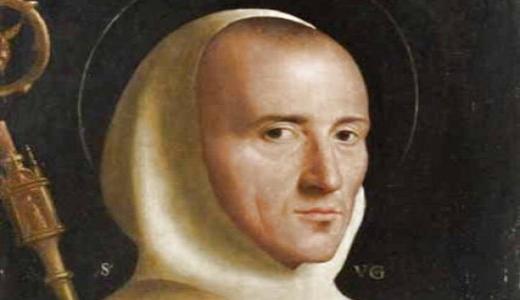 Born:
1053 at Chateauneuf, Dauphiné, France
Died:
1 April 1132
Canonized:
1134 by Pope Innocent II
St. Hugh was born in 1053 in southeastern France at Châteauneuf-sur-Isère, near Grenoble in the western foothills of the Alps. Such was his reputation for piety and theological knowledge that, although only in his mid-twenties, Hugh was elected bishop of Grenoble even though he had not yet been ordained.
He was selected to carry out reforms of abuses within the Church which had been instituted under Pope Gregory VII, who ordained Hugh in Rome after his election as bishop. After two years of successfully battling abuses in Grenoble such as simony (the selling of church positions) and enforcing rules about clerical celibacy, Hugh wanted to retire to the great Benedictine monastery at Cluny. However, Pope Gregory ordered him to remain in his position as bishop. He was well-known for his inspired preaching and his generosity to the poor.

In 1084, Hugh helped St. Bruno of Cologne and six of his companions found the great Carthusian monastery "La Grande Chartreuse" high in the Alps. They devoted their monastic life to prayer and study and were visited by Hugh often. It was reported that, as much as he could in his role as bishop, Hugh adopted the monastic way of life practiced by the monks at Chartreuse. The 2005 film, Into Great Silence, documented the daily life at La Grande Chartreuse. After many years of illness which he endured in patient silence, St. Hugh died on April 1, 1132 and was canonized only two years later by Pope Innocent II. Text: sthughofgrenoble.org