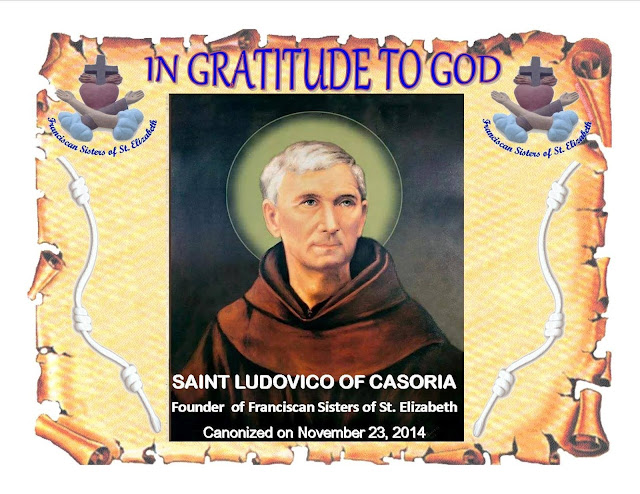 (March 11, 1814 – March 30, 1885) Born in Casoria, near Naples, Arcangelo Palmentieri was a cabinet-maker before entering the Friars Minor in 1832, taking the name Ludovico. After his ordination five years later, he taught chemistry, physics, and mathematics to younger members of his province for several years.

Toward the beginning of his final, nine-year illness, Ludovico wrote a spiritual testament which described faith as “light in the darkness, help in sickness, blessing in tribulations, paradise in the crucifixion, and life amid death.” The local work for his beatification began within five months of Ludovico’s death. He was beatified in 1993 and canonized in 2014.