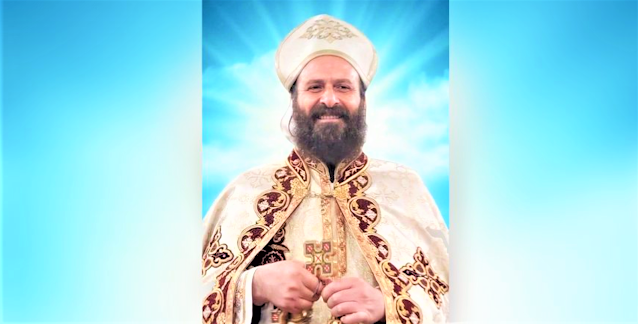 A 56-year-old, Coptic Orthodox Archpriest, named Fr. Arsanios Wadeed, was stabbed to death in Alexandria Egypt. Egypt police have arrested a 60-year-old man who reportedly stabbed the Coptic archpriest to death. The incident occurred on Thursday, April 7, 2022, in the evening.
Arsanios Wadeed, the Priest of the Church of the Virgin Mary and Mar Boulos in the Karmouz neighbourhood of the Meharam Bek district, the Coptic Orthodox Church of Alexandria said on its Facebook page. Wadid, was transported to Mostafa Kamel Military Hospital in Sidi Gaber neighbourhood, but he died from his injuries, the church said. Investigations are underway to disclose the stabber’s identity and motives, the church added. "The church eulogises this blessed father who committed his life to God, and gave his life today to him in an honest martyrdom," it said. The victim was stabbed with a knife while walking along the Mediterranean Corniche in the Sidi Bishr district, according to statement by the Ministry of Interior. Wadid, born in 1966, was ordained to the priesthood in 1995 by the late Pope Shenouda III, the former head of the Coptic Orthodox Church.
Source: https://english.ahram.org.eg/
H.H. Pope Tawadros II sent a message of condolence to H.G. Bishop Hermina, General Bishop of East Alexandria for the death of Fr. Arsanious Wadeed, Priest of St. Mary and St. Paul’s Church, Karmouz, who passed away as a result of an attack on him by an unknown person, and the text of condolence was:
In the hope of resurrection, we bid farewell to a virtuous priest and an active servant, beloved in his life, faithful in his church’s service, had good relations with everyone, and well-known to all those who dealt with him in his service area from all the people, Muslims and Copts, young and old, as well as a successful life with all the other priests who helped them in church service. With great pain, we bid farewell to him according to this tragic accident, raising our eyes to heaven towards our God, asking him for consolation for his virtuous wife and his blessed family, as well as for his church and all his loved ones and spiritual children.
We bid him farewell in these holy days of Fasting, so that he may celebrate the glorious resurrection with Christ Jesus, and that he may be a prayer and intercessor for us in heaven.”
https://copticorthodox.church/en/2022/04/08/h-h-pope-tawadros-ii-condolences-for-the-death-of-fr-arsanious-wadid/