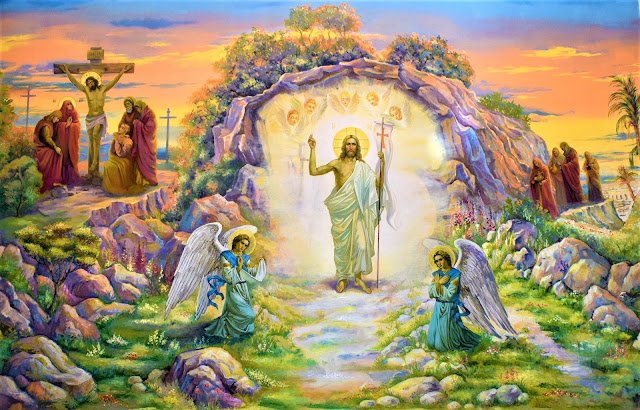 Friday in the Octave of Easter
Lectionary: 265
Reading I
Acts 4:1-12
After the crippled man had been cured,
while Peter and John were still speaking to the people,
the priests, the captain of the temple guard,
and the Sadducees confronted them,
disturbed that they were teaching the people
and proclaiming in Jesus the resurrection of the dead.
They laid hands on Peter and John
and put them in custody until the next day,
since it was already evening.
But many of those who heard the word came to believe
and the number of men grew to about five thousand.
On the next day, their leaders, elders, and scribes
were assembled in Jerusalem, with Annas the high priest,
Caiaphas, John, Alexander,
and all who were of the high-priestly class.
They brought them into their presence and questioned them,
“By what power or by what name have you done this?”

Then Peter, filled with the Holy Spirit, answered them,
“Leaders of the people and elders:
If we are being examined today
about a good deed done to a cripple,
namely, by what means he was saved,
then all of you and all the people of Israel should know
that it was in the name of Jesus Christ the Nazorean
whom you crucified, whom God raised from the dead;
in his name this man stands before you healed.
He is the stone rejected by you, the builders,
which has become the cornerstone.
There is no salvation through anyone else,
nor is there any other name under heaven
given to the human race by which we are to be saved.”