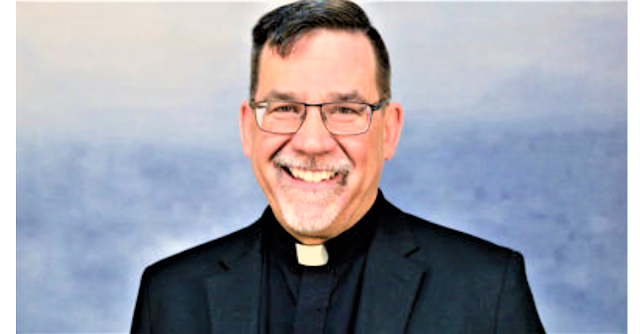 Father Fleming was born on February 10, 1966, in Billings, Montana. He attended Carroll College in Helena, Montana (1984-1988) where he earned a bachelor’s degree in theology and religious education. Father Fleming attended Mount Angel Seminary in Saint Benedict, Oregon (1988-1992) and earned a master’s degree in theology and a master of divinity. He was ordained to the priesthood on May 19, 1992, for the Diocese of Helena.

Bishop-elect Fleming’s assignments after ordination include: associate pastor of Anaconda Catholic Community (1992); and associate pastor of the Cathedral of Saint Helena (1996). Father Fleming pursued canon law studies at The Catholic University of America in Washington, D.C., and earned his licentiate in canon law in 1998. He returned to the Diocese of Helena where he served as chaplain at Carroll College (1998); pastor of Saint Rose of Lima parish in Dillon (2003); pastor of Christ the King parish in Missoula (2006); pastor of Saint John the Baptist parish in Frenchtown (2013); pastor of Saint Michael parish in Drummond, and Saint Philip parish in Philipsburg (2016); and administrator of Saint Thomas the Apostle parish in Helmville, and Saint Jude parish in Lincoln (2019). He was named director of chancery services, vice chancellor, and adjutant judicial vicar for the Diocese of Helena in 2019. Since 2020, he has served as moderator of the curia, chancellor, and adjutant judicial vicar for the diocese. Bishop-elect Fleming has also served as a member of the presbyteral council, the college of consultors, the diocesan personnel board, and as defender of the bond, for the Diocese of Helena.

The Diocese of Great Falls-Billings is comprised of 94,158 square miles in the State of Montana and has a total population of 427,358 of which 31,813 are Catholic.