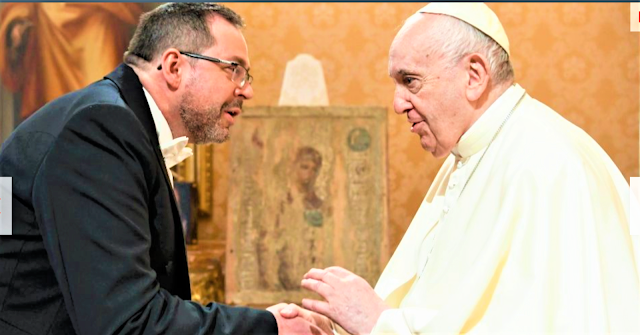 Andriy Yurash, was appointed by the President of Ukraine on December 14 2021, is the fourth Ambassador to the Holy See since diplomatic relations between the Holy See and Ukraine were established. Pope Francis accepted the credentials of the Ambassador of Ukraine at the Vatican on Thursday, April 7, 2022.

On Thursday, April 7, 2022, Pope Francis received the credentials of the Ambassador Extraordinary and Plenipotentiary of Ukraine to the Holy See of His Excellency Mr. Andriy Yurash. A personal audience took place in the morning. While non-resident ambassadors arrive in the Vatican in a group and have a joint meeting during which the Pope delivers a speech, resident ambassadors have a personal private audience, the content of which the Holy See usually does not disclose.