Saint April 21 : St. Anselm a Doctor of the Church and Archbishop of Canterbury who Argued for the Existence of God 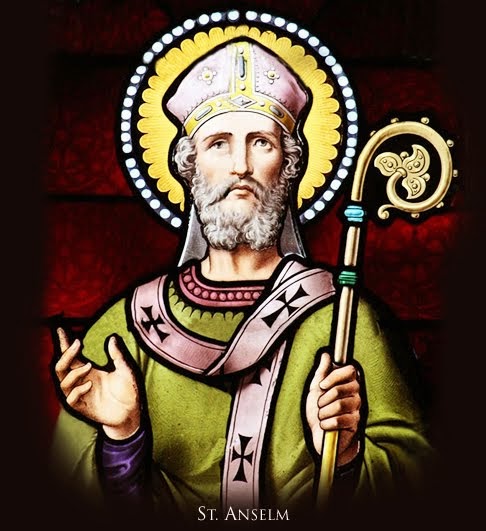 St. Anselm
DOCTOR OF THE CHURCH, ARCHBISHOP
Born:
1033 at Aosta, Piedmont, Italy
Died:
21 April 1109 at Canterbury, England
Canonized:
1492 by Pope Alexander IV
Major Shrine:
Canterbury Cathedral
Prayer of St. Anselm: O Lord my God. Teach my heart this day, where and how to find you. You have made me and re-made me, and you have bestowed on me all the good things I possess, and still I do not know you. I have not yet done that for which I was made. Sketch of St Anselm of Canterbury Teach me to seek you, for I cannot seek you unless you teach me, or find you unless you show yourself to me. Let me seek you in my desire; let me desire you in my seeking. Let me find you by loving you; let me love you when I find you. Amen.
Archbishop of Canterbury, Doctor of the Church; born at Aosta a Burgundian town on the confines of Lombardy, died 21 April, 1109. His father, Gundulf, was a Lombard who had become a citizen of Aosta, and his mother, Ermenberga, came of an old Burgundian family.