Saint April 4 : St. Isidore of Seville a Bishop of Spain and Patron of the Internet with Prayer 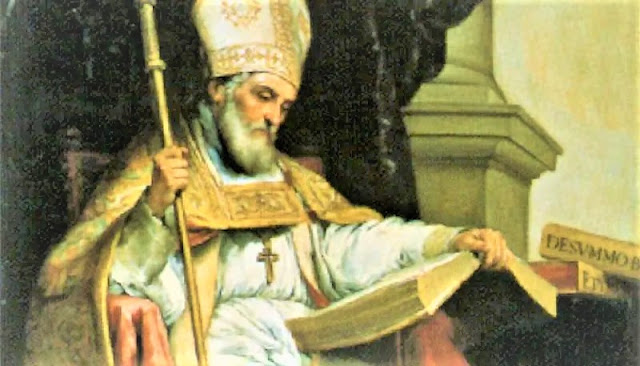