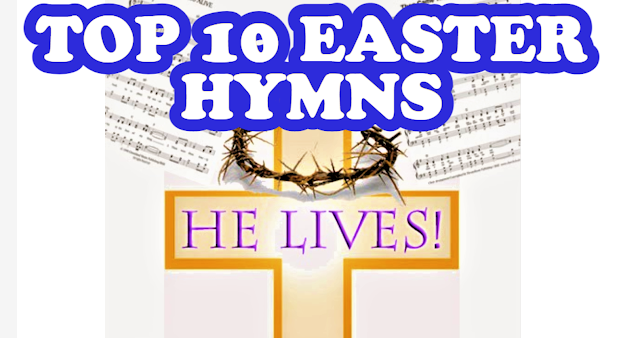 1 Alleluia! Sing to Jesus!
His the scepter, his the throne;
Alleluia! His the triumph,
his the victory alone.
Hark! The songs of peaceful Zion
thunder like a mighty flood.
Jesus, out of every nation,
has redeemed us by his blood.
2 Alleluia! Not as orphans
are we left in sorrow now;
Alleluia! He is near us;
faith believes nor questions how.
Though the cloud from sight received him
when the forty days were o'er,
shall our hearts forget his promise, "I am with you evermore"?
3 Alleluia! Heavenly High Priest,
here on earth our help, our stay;
Alleluia! Hear the sinful
cry to you from day to day.
Intercessor, friend of sinners,
earth's Redeemer, hear our plea,
where the songs of all the sinless
sweep across the crystal sea.
4 Alleluia! King eternal,
you the Lord of lords we own:
Alleluia! born of Mary,
earth your footstool, heaven your throne:
you within the veil, have entered,
robed in flesh, our great High Priest:
by your Spirit, left us heavenward,
in the Eucharistic feast! 5."Allelujah, Allelujah, Give Thanks"
Tune: Alleluia No. 1 Meter: 99 and Refrain
Composer: Donald Emry Fishel  Alleluia, Alleluia Alleluia, alleluia, give thanks to the risen Lord -  Lyrics
Refrain: Alleluia, Alleluia Give thanks to the risen Lord Alleluia, alleluia, give praise to His name
Jesus is Lord of all the earth He is the King of creation Ref.
Spread the good news o'er all the earth Jesus has died and has risen Ref.
We have been crucified with Christ Now we shall live forever Ref.6."Jesus Christ is Risen Today"

Easter Hymn (Lyra Davidica, 1708;
arranged by William Henry Monk, 1823-1889)
ENGLISH:
1 Jesus Christ is risen today, Alleluia!
our triumphant holy day, Alleluia!
who did once upon the cross, Alleluia!
suffer to redeem our loss. Alleluia!
2 Hymns of praise then let us sing, Alleluia!
unto Christ, our heavenly King, Alleluia!
who endured the cross and grave, Alleluia!
sinners to redeem and save. Alleluia!
3 But the pains which he endured, Alleluia!
our salvation have procured. Alleluia!
Now above the sky he's King, Alleluia!
where the angels ever sing. Alleluia!
4 Sing we to our God above, Alleluia!
praise eternal as God's love. Alleluia!
Praise our God, ye heavenly host, Alleluia!
Father, Son, and Holy Ghost. Alleluia!7."At the Lamb's High Feast We Sing"
By: office hymn, 17th cent.
Author: Bohemian Brethren
Tune: Sonne Der Gerechtigkeit
At the Lamb’s high feast we sing
Praise to our victorious king,
Who has washed us in the tide
Flowing from his pierced side.
Alleluia!
Praise we him, whose love divine
Gives his sacred blood for wine,
Gives his body for the feast
Christ the victim, Christ the priest.
Alleluia!
Where the paschal blood is poured,
Death’s dread angel sheathes the sword;
Israel’s hosts triumphant go
Through the wave that drowns the foe.
Alleluia!
Praise we Christ, whose blood was shed,
Paschal victim, paschal bread;
With sincerity and love
Eat we manna from above.
Alleluia!
Mighty Victim from the sky,
Hell’s fierce powers beneath you lie;
You have conquered in the fight
You have brought us life and light.
Alleluia!
Now no more can death appall,
Now no more the grave enthrall;
You have opened paradise,
And your saints in you shall rise.
Alleluia!
Easter triumph, Easter joy!
This alone can sin destroy;
From sin’s power, Lord, set us free,
Newborn souls in you to be.
Alleluia!
Father, who the crown shall give,
Savior, by whose death we live,
Spirit, guide through all our days;
Three in One, Your name we praise.
Alleluia!
8."The Strife is O'er"
"The Strife is O'er, the Battle Done"
by unknown author, 1695
Translated by Francis Pott, 1832-19091. Alleluia! Alleluia! Alleluia!
The strife is o'er, the battle done;
Now is the Victor's triumph won;
Now be the song of praise begun.
Alleluia!
2. Death's mightiest powers have done their worst,
And Jesus hath His foes dispersed;
Let shouts of praise and joy outburst.
Alleluia!
3. On the third morn He rose again
Glorious in majesty to reign;
Oh, let us swell the joyful strain!
Alleluia!
4. He closed the yawning gates of hell;
The bars from heaven's high portals fell.
Let songs of praise His triumph tell.
Alleluia!
5. Lord, by the stripes which wounded Thee.
From death's dread sting Thy servants free
That we may live and sing to Thee.
Alleluia! 9."That Eastertide with Joy was Bright"
That Eastertide with joy was bright,
The sun shone out with fairer light,
When, to their longing eyes restored,
The glad apostles saw their Lord.
He bade them see His hands, His side,
Where yet the glorious wounds abide;
The tokens true which made it plain
Their Lord indeed was risen again.
Jesus, the King of gentleness,
Do Thou Thyself our hearts possess
That we may give Thee all our days
The tribute of our grateful praise.
O Lord of all, with us abide
In this our joyful Eastertide;
From every weapon death can wield
Thine own redeemed forever shield.
All praise be Thine, O risen Lord,
From death to endless life restored;
All praise to God the Father be
And Holy Ghost eternally. 10.Hallelujah Chorus
The Hallelujah Chorus is part of the oratorio Messiah by Handel, concluding the second of three parts.  The text of the chorus are taken from the King James Bible.
In many parts of the world it is traditional for the audience to stand during the Hallelujah Chorus. Legend has it that King George II was so moved by the music that he stood to his feet when he heard it, requiring that his subjects followed suit.