#BreakingNews RIP to 21 Killed at Texas Elementary School by 18-year-old - US Bishops say "...we join our prayers along with the community in Uvalde..."

On May 24, 2022, 18-year-old Salvador Ramos killed 19 children and 2 adults at Robb Elementary School in Uvalde, Texas.  Ramos shot and wounded his grandmother earlier in the day. Of the people fatally shot, 19 were children and two were teachers. The dead children were reported as being in grades two, three, and four (7-10 years old - Image Source: Facebook). The school teacher was identified as Eva Mireles, in her 40s, with a College age daughter, who taught 4th grade (see photo below). Ramos, a student at a nearby high school, himself was killed by police. The attack is the deadliest school shooting in Texas history. 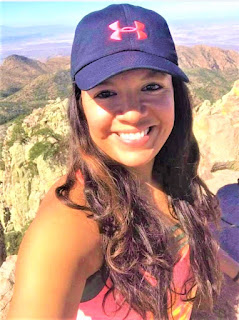 Statement of Archbishop Gustavo Garcia-Siller, MSpS, regarding Uvalde elementary school shooting
There are no words to adequately convey the deep sadness and sorrow and overwhelming shock at the incomprehensible loss of life of 18 children and three adults at Robb Elementary School in Uvalde this afternoon at the hands of a young gunman. When will these insane acts of violence end; it is too great a burden to bear. The word tragedy doesn’t begin to describe what occurred. These massacres cannot be considered “the new normal.” The Catholic Church consistently calls for the protection of all life; and these mass shootings are a most pressing life issue on which all in society must act — elected leaders and citizens alike. We pray that God comfort and offer compassion to the families of these little ones whose pain is unbearable. They must know that we are with them and for them. May the Lord have mercy on us all. From the Book of Wisdom, “The souls of the just are in the hands of God. ... They are in peace.”
Statement of USCCB on School Shooting in Uvalde, Texas

USCCB - WASHINGTON - In response to the news of the school shooting in Uvalde, Texas reported this afternoon, the U.S. Conference of Catholic Bishops (USCCB) offered the following statement from its spokesperson, Chieko Noguchi, director of public affairs.

“There have been too many school shootings, too much killing of the innocent. Our Catholic faith calls us to pray for those who have died and to bind the wounds of others, and we join our prayers along with the community in Uvalde and Archbishop Gustavo García-Siller. As we do so, each of us also needs to search our souls for ways that we can do more to understand this epidemic of evil and violence and implore our elected officials to help us take action.”
USCCB Release
San Antonio Bishop Statement: https://www.facebook.com/ArchdioceseOfSanAntonio
Summary of Events - https://www.bbc.com/news/live/world-us-canada-61573831