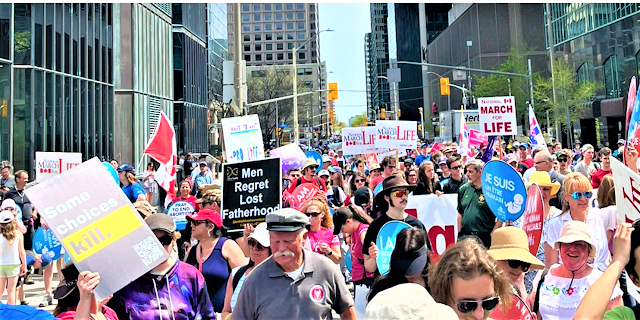 Thousands of Pro-Lifer's participated in the National March for Life, in Ottawa, Ontario, Canada on Thursday, May 12, 2022. Due to the pandemic the March had fewer numbers in the last 2 years, however, this year's March for Life showed larger crowds. There was police protection from a small number of counter protestors.
The crowd was addressed on Parliament Hill by several  speakers. Several Members of Parliament stood at front together with religious leaders.  Garnett Genuis,  Cathay Wagantall and Arnold Vierson were notable among civil leaders (MPs) 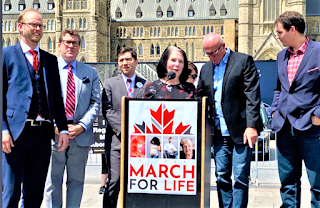 Thousands of Canadians are marching for the pre-born. Canada currently has no laws on abortion. #cdnpoli pic.twitter.com/cr7iL8eiil

Some Catholic bishops were present on the Hill, including Archbishop Marcel Damphousse, who addressed the crowd (see video below)

Ukranian Catholic Metropolitan Andrey Sheptytsky Institute said the closing prayer.
Abortion became legal in Canada on May 14, 1969, thus it has been 50 years.