Pope Francis Sends Message to the Hispanic Churches in Latin America "We are all God's people." 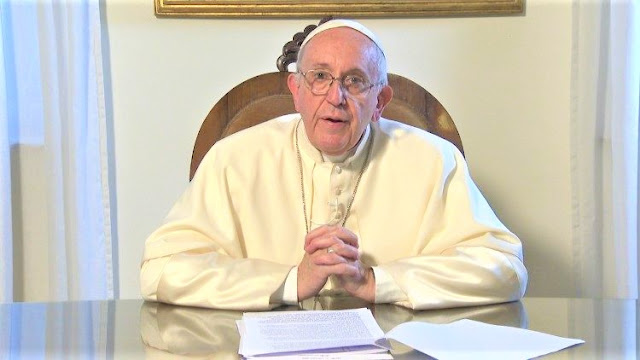 SYNODALITY AND COMMUNION
VIDEO MESSAGE OF HIS HOLINESS POPE FRANCIS
ON THE OCCASION OF THE PLENARY ASSEMBLY
OF THE PONTIFICAL COMMISSION FOR LATIN AMERICA
[May 24-27, 2022]
__________________________________
Dear brothers:
I am glad that the members of the Pontifical Commission for Latin America can meet in plenary after the prolonged pause caused by the pandemic.
Before the Synod on synodality in the Church was convened, it was my wish that you could meet to discuss this topic, since the experience of the Church in Latin America has been expressed, after the Second Vatican Council, with some elements markedly synodal. I do not intend in any way to make here an exhaustive recount on this subject. Simply, by way of example, let us think that "communion" and "participation" were the key categories for understanding and putting into practice the III General Conference of the Latin American Episcopate, held in Puebla. For its part, "pastoral conversion" was a relevant concept in the IV General Conference in Santo Domingo, and later, it would acquire even more centrality in the V General Conference in Aparecida.