RIP - 10 People Killed in Buffalo, in Mass Shooting by a Teenager at a Supermarket - Bishop Calls for Prayer 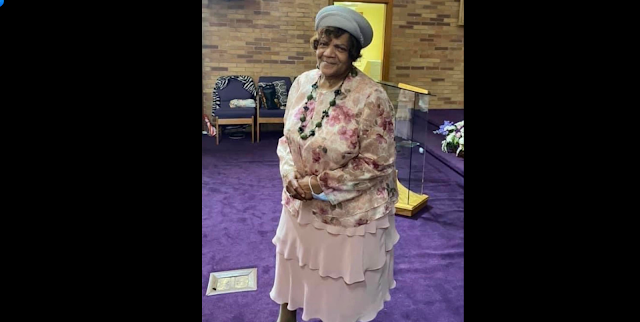 On May 14, 2022, 10 people were killed at a shooting in a Tops Friendly Markets supermarket in Buffalo, New York, United States. The incident is seen as racially motivated attack by a 18-year-old. Ten people were killed, and three others were injured. The shooter livestreamed the attack on the internet platform Twitch. The teenage white supremacist had also threatened to shoot a classmate at his high school graduation last year. His  attack motivated by his hatred for black people (according to reports). The two victims so-far named are retired cop turned store security guard Aaron Salter and shopper Ruth Whitfield, an 86 year-old grandmother (pictured above from Facebook). The teen was referred for mental health evaluation and counseling.
The Diocese of Buffalo Issued a Statement on their Twitter Account:
In what unfortunately has become an all too common occurrence in this country has now shown its abhorrently evil face in Buffalo as we have now learned that 10 innocent souls have lost their lives here. (1/4) On behalf of the Diocese of Buffalo, I, in the strongest of terms, condemn this utterly senseless act and pray for the victims and all those impacted by this act of cowardice. (2/4) May the Good Lord guide us as we pray that our society regain respect for life and for an end to this tragic and despicable act in this beautiful city of ours. I encourage all Catholics and all people of faith to come together in prayer for the victims and for peace. The scourge of senseless gun violence that has taken the lives of so many across our nation and changed the lives of countless innocent men, women and children must come to an end. • Bishop Michael W. Fisher (4/4)

In what unfortunately has become an all too common occurrence in this country has now shown its abhorrently evil face in Buffalo as we have now learned that 10 innocent souls have lost their lives here. (1/4) pic.twitter.com/sIdQa3a5KQ