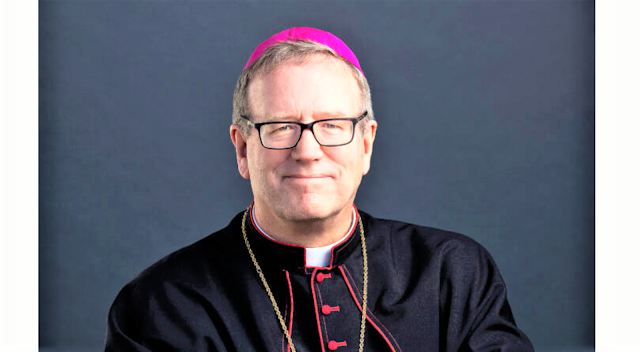 USCCB WASHINGTON - Pope Francis has accepted the resignation of Bishop John M. Quinn, 76, from the pastoral governance of the Diocese of Winona-Rochester, and has appointed

The resignation and appointment were publicized in Washington, D.C. on June 2, 2022, by Archbishop Christophe Pierre, apostolic nuncio to the United States.

The Diocese of Winona-Rochester is comprised of 12,282 square miles in the State of Minnesota and has a total population of 597,801 of which 134,027 are Catholic.

Biography from Word on Fire: Bishop Robert Barron is an acclaimed author, speaker, and theologian. He is one of the most followed Catholics in the world on social media, prompting Francis Cardinal George to describe him as “one of the Church’s best messengers.”
Bishop Barron was ordained a priest in 1986 in the Archdiocese of Chicago and appointed to the theological faculty of Mundelein Seminary in 1992. He has served as a visiting professor at the University of Notre Dame and the Pontifical University of St. Thomas Aquinas. He was twice scholar in residence at the Pontifical North American College at the Vatican. He served as the Rector/President of Mundelein Seminary University of St. Mary of the Lake from 2012 until 2015. On July 21, 2015, Pope Francis appointed Bishop Barron to be Auxiliary Bishop of the Archdiocese of Los Angeles. He was ordained bishop on September 8, 2015. On Thursday, June 2, 2022, at noon Rome time, Pope Francis appointed Bishop Robert Barron the ninth bishop of the Diocese of Winona-Rochester (Minnesota). Bishop Barron received a Master’s Degree in Philosophy from the Catholic University of America in 1982 and a doctorate in Sacred Theology from the Institut Catholique de Paris in 1992. His other advanced degrees include: Doctor of Humane Letters, Honoris Causa, Assumption College Doctor of Divinity, Honoris Causa, Saint Anselm College Doctor of Sacred Theology, Honoris Causa, Dominican House of Studies Doctor of Religious Education, Honoris Causa, Providence College Doctor of Humanities, Honoris Causa, Lewis University