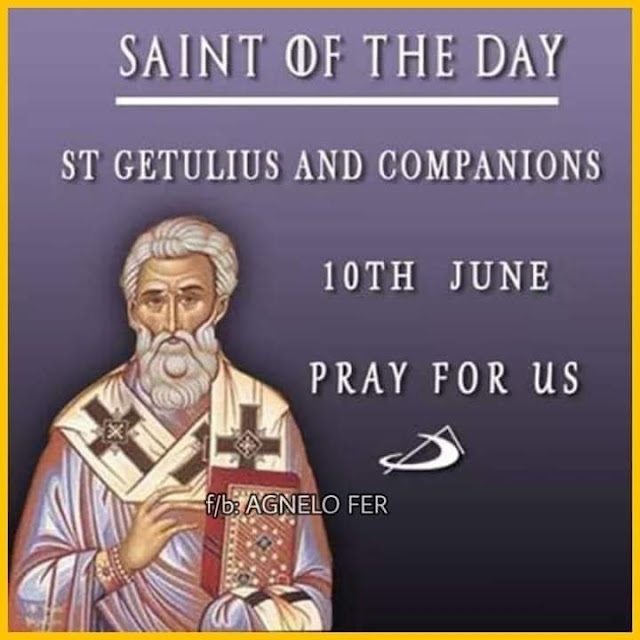 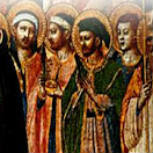 Martyr with Amantius, Caerealis, and Primitivus during the reign of Emperor Hadrian (r. 117-138). He was the husband of St. Symphorosa. An officer in the Roman army, he resigned when he became a Christian and returned to his estates near Tivoli, Italy. There he converted Caerealis, the imperial legate sent to arrest him. With his brother Amantius and with Caerealis and Primitivus, Getulius was tortured and martyred at Tivoli. The significance of the conversion rests in part upon the fact that the emperor himself owned a large and famous estate in the same area, an indication of how the Christian faith had established itself among the ranks of the wealthy patrician class of the empire.(Taken from Our Sunday Visitor's Encyclopedia of Saints)