Saint June 23 : St. Joseph Cafasso a Seminary Teacher of St. John Bosco and who Ministered to Criminals Condemned to Death 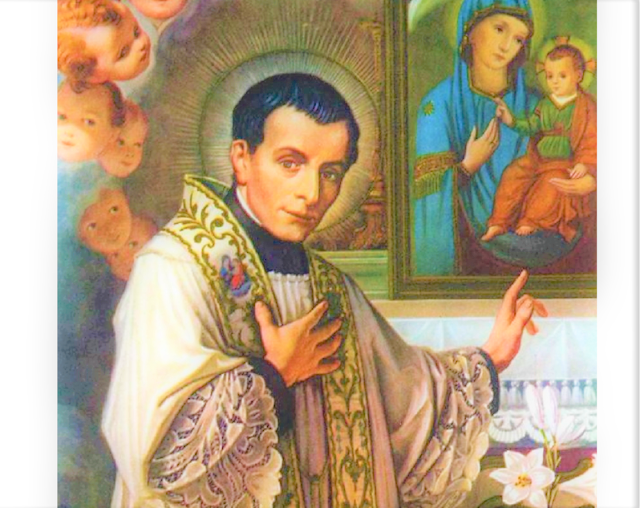 St Joseph Cafasso’s “foundation” was a “school of priestly life and holiness.”

St Joseph Cafasso lived in the city of Turin, Italy, in the 19th century, and was known as a model of priestly life. It was there that he was given the nickname “the Priest of the Gallows,” for his pastoral care of criminals, especially those condemned to death. He stood by their side as they were lead to the execution, bringing them to repentance by showing them the mercy and compassion of God. It was particularly for his commitment to prisoners that he is numbered among the so-called “social Saints” of Turin – a group of religious and lay faithful dedicated to addressing the most pressing social issues of the day.

Model of a good priest

Joseph Cafasso was born in the countryside in the town of Castelnuovo d’Asti in 1811. In 1834 he was ordained to the priesthood in Turin. In the Piedmontese capital, he became attached to the ecclesiastical college in the city, which was dedicated to forming diocesan priests. Among his students was another future saint, John Bosco, who had been born in the same town as St Joseph, and whom he had known from childhood.

While teaching at the major seminary, St Joseph was also known for guiding his flock with kindness and serenity. His fellow citizens had such high regard for this devout priest that they suggested he take a place in the legislative assembly. He refused, however, saying, “In the day of judgment, the Lord will ask me if I was a good priest, not a good deputy.”

As a true shepherd, St Joseph was renowned for his rich interior life and his profound zeal for the pastoral care of his flock. He was faithful to prayer, committed to preaching, and dedicated to the celebration of the Mass and the ministry of the Confessional. St Joseph strove to inculcate this spirit in the young priests he formed, so that they in turn might become formators of others. His legacy can be seen in the deep devotion to the Saint, who died in Turin on June 23, 1860, at the age of 49. His relics can be found in the Sanctuary of the Consolata in Turin.