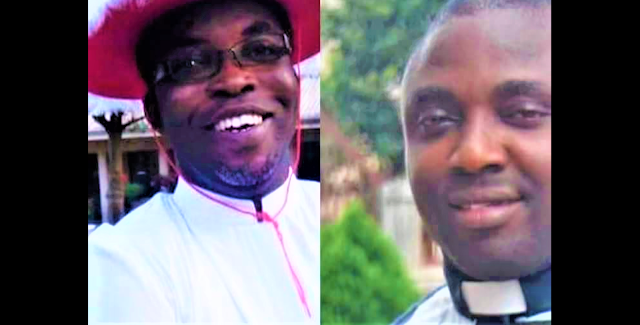 The Edo State Police Command has confirmed the abduction of two Catholic priests, Rev. Father Udo of St, Patrick Catholic church Uromi and Rev. Father Philemon Oboh of St. Joseph Retreat Center Ugboha, kidnapped on Saturday, July 2nd, 2022, in the night. The PUNCH reported that they were abducted along the Benin-Auchi Road on their way back to Uromi in Esan South-East Local Government Area, Nigeria, Africa .

In a statement on Sunday, the Police Public Relations Officer of the state, SP Chidi Nwabuzor, confirmed the abduction of the Reverend fathers. The statement read, “This is to confirm the kidnap of two Catholic Rev. Fathers; Rev. Fr. Udo Peter of St. Patrick Catholic Church Uromi and Rev. Fr. Philemon Oboh of St. Joseph Retreat Center, Ugboha in Esan South East LGA of Edo State. “The Edo State Police Command was informed of the incident by the Divisional Police Officer, Ugboha, Edo State, that on Sunday, July 3, 2022, one Rev. Father Amos Abhulimen of St. Dominic Catholic Church Ugboha, reported that he was informed by the Catholic authority via WhatsApp that the above named Catholic Rev. Fathers were attacked, kidnapped and taken to unknown place by some kidnappers along Benin-Auchi Expressway between Ehor and Iruekpen Communities. “Immediately, the Commissioner Of Police, CP Abutu Yaro, dispatched policemen to the area to carry out aggressive and well coordinated manhunt in arresting the kidnappers as well as rescue the Rev. Fathers unhurt,” the statement added.