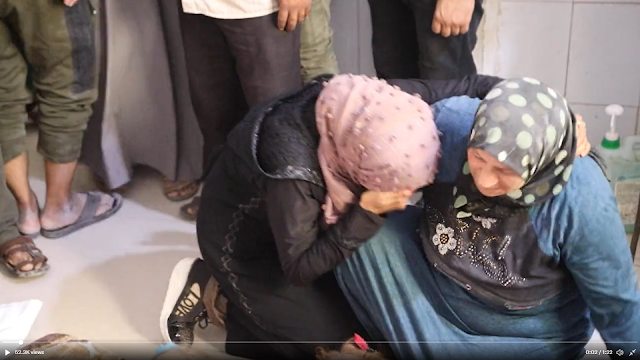 Seven people were killed in Russian air attack on Syria’s Idlib. The dead included four children from one family.

Russia led an air attack in northern Syria’s Idlib province, according to the Syrian Civil Defence.

The July 23rd attack on the village of al-Jadidah,  also injured 12 others, including eight children.

The Aya Sophia Orthodox Church in Hama, Syria was attacked the next day. A missile left 2 dead and 12 wounded early Sunday during the inauguration of the church.

Video below of the Aya Sophia Orthdox Church Attack:

According to Al Jazeera, on Saturday,  two Russian Su-34 planes had targeted the area with four air attacks in the early hours of Saturday morning. The Britain-based Syrian Observatory for Human Rights also said that Russian aircraft had conducted four strikes. Munir al-Mustafa, the deputy director of the White Helmets, said that the attacks hit a chicken farm and a displaced family’s home on the outskirts of al-Jadidah.

“It took almost three hours to take the victims out from under the rubble, while the Russian planes were still flying in the sky, and the possibility that they would target the rescue teams,” al-Mustafa told Al Jazeera.

The four bodies of the children, two girls and two boys, lay on the floor of the hospital wrapped in blankets.

The United Nations’ Deputy Regional Humanitarian Coordinator for the Syria Crisis, Mark Cutts, condemned the attack. “Parties to the conflict have a responsibility to ensure that civilians are protected,” Cutts said. “Attacks on civilians and civilian infrastructure must stop.” The war has killed more than 300,000 civilians, according to the UN.

A family grieves the loss of 4 innocent little souls taken too early from this world. Scenes after the Russian massacre today in #Idlib, #Syria that killed 7 civilians including 4 children from the same family. The Syrian tragedy continues and the innocent pay the highest price. pic.twitter.com/RpZ6RRKmF6