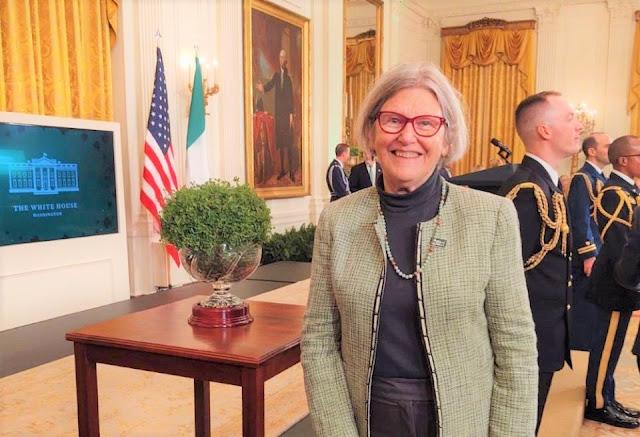 President Biden named seventeen recipients of the Presidential Medal of Freedom.
The Presidential Medal of Freedom is the Nation’s highest civilian honor, presented to individuals who have made exemplary contributions to the prosperity, values, or security of the United States, world peace, or other significant societal, public or private endeavors.
These seventeen Americans demonstrate the power of possibilities and embody the soul of the nation – hard work, perseverance, and faith. They have overcome significant obstacles to achieve impressive accomplishments in the arts and sciences, dedicated their lives to advocating for the most vulnerable among us, and acted with bravery to drive change in their communities – and across the world – while blazing trails for generations to come.
The awards will be presented at the White House on July 7, 2022.
The following individuals will be awarded the Presidential Medal of Freedom:
Sister Simone Campbell
Sister Simone Campbellis a member of the Sisters of Social Service and former Executive Director of NETWORK, a Catholic social justice organization. She is also a prominent advocate for economic justice, immigration reform, and healthcare policy.
Father Alexander Karloutsos
Father Alexander Karloutsos is the former Vicar General of the Greek Orthodox Archdiocese of America. After over 50 years as a priest, providing counsel to several U.S. presidents, he was named by His All Holiness Ecumenical Patriarch Bartholomew as a Protopresbyter of the Ecumenical Patriarchate.
Simone Biles
Simone Biles is the most decorated American gymnast in history, with a combined total of 32 Olympic and World Championship medals. Biles is also a prominent advocate for athletes’ mental health and safety, children in the foster care system, and victims of sexual assault.
The other recipients: Julieta García, Gabrielle Giffords, Fred Gray, Steve Jobs (posthumous), Khizr Khan, Sandra Lindsay, John McCain (posthumous), Diane Nash, Megan Rapinoe, Alan Simpson, Richard Trumka (posthumous), Wilma Vaught, Denzel Washington, Raúl Yzaguirre
Source: https://www.whitehouse.gov/briefing-room/statements-releases/2022/07/01/president-biden-announces-recipients-of-the-presidential-medal-of-freedom/