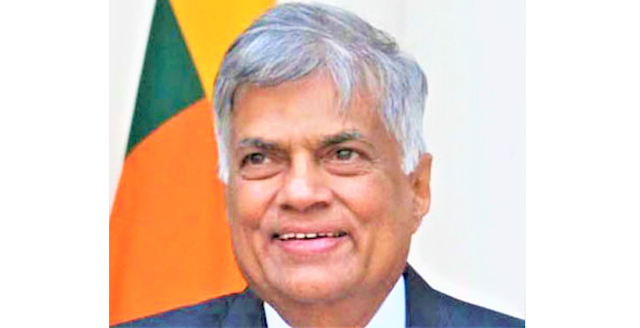 Parliament elected the new head of state on July 20, 2022 with 134 votes. The veteran politician has a few friends among ordinary Sri Lankans who reproach him for his ties to the Rajapaksa family. The main opposition candidate, Dullas Alahapperume, won only 82 votes.

AsiaNews reports that Sri Lanka’s parliament has elected Ranil Wickremesinghe as the country’s new had of state, the 9th in its history.
MPs gathered this morning to pick the successor of Gotabaya Rajapaksa, who left the country after months of protests and resigned on 14 July.
Following the latter’s departure, Prime Minister Wickremesinghe took over as acting president in accordance with the constitution, which requires that the office not remain vacant.

Wickremesinghe received 134 votes against 82 for Dullas Alahapperume, the main opposition candidate, and three for Anura Kumara Dissanayake, leader of the National People's Power. Two MPs abstained while four votes were invalid or blank.
Alahapperuma was backed by Samagi Jana Balawegaya, the main opposition party, the Tamil National Alliance, the Sri Lanka Freedom Party, and several independent MPs.
The ruling party, Sri Lanka Podujana Peramuna, declared its support for Wickremesinghe, but a faction backed Alahapperuma.
Four candidates were initially touted for the presidency, but opposition leader Sajith Premadasa dropped out at the last moment in favour of Alahapperuma.
Wickremesinghe began his political career in the mid-1970s with the United National Party (UNP), which he has led since 1994.
Elected to parliament in 1977, he became Deputy Foreign Affairs Minister under his uncle, J. R. Jayewardene, Sri Lanka’s first executive president. He eventually served as Minister of Youth Affairs and Employment, the youngest minister in the country’s history.
The 73-year-old has also served as prime minister six times, although he never completed a term.
His last stint as PM was his shortest. President Rajapaksa called him to head the government last May after the resignation of his brother Mahinda, who quit in an attempt to appease popular anger.
For many Sri Lankans, the Rajapaksa family are guilty of corruption and responsible for the country's tragic economic situation.
In April Sri Lanka defaulted on its foreign debt of more than $ 50 billion. Since then, it has been unable to import fuel and inflation has exceeded 54 per cent, making it almost impossible for most people to buy basic necessities, especially food and medicine.
The protests against the high cost of living culminated on July 9 with the storming of the President’s House and Gotabaya Rajapaksa’s flight.
Wickremesinghe, who is disliked by large segments of the population for his ties to the Rajapaksa family, is expected to remain in office until the end of his predecessor’s mandate in 2024.
During this time, he will try to lead the country out of its economic morass. To this end, he recently announced that negotiations with the International Monetary Fund were in their final stage.Over the past year, Sri Lanka has also turned to China and India for financial help.
Source: Asia News