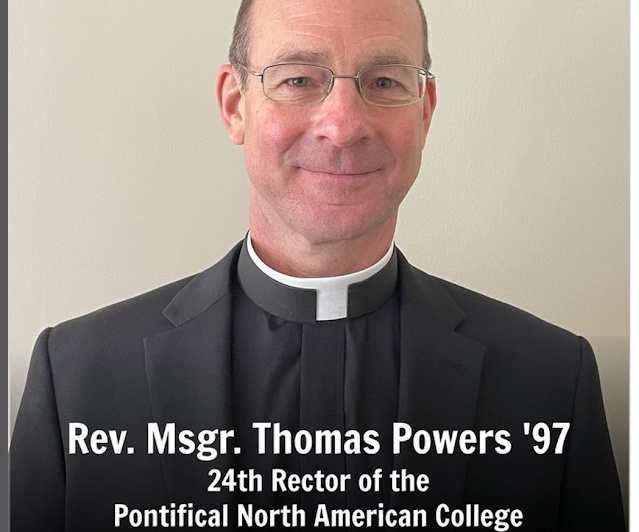 In an Interview with CNA he explained, "In between learning the names and faces of around 200 seminarians, the priest is studying the Vatican’s 2016 document on seminary formation, the Ratio Fundamentalis Institutionis Sacerdotalis.

He said he is also diving into the latest edition of the US Catholic bishops’ Program of Priestly Formation (PPF), which was published June 24.

How does the college intend to form future priests? “It’s going to be as the PPF talks about and the Ratio talks about,” Powers said, “an atmosphere of transparency and trust and Christ at the center of all that we do.” ( CNA Excerpt)

History: On December 7, 1859, twelve American seminarians entered the newly-founded Pontifical North American College on Humility Street in the heart of Rome. The opening of the College was in response to Pope Pius IX’s call to the American hierarchy to “set up, here in this venerable City of Ours, your own College for clerics from your own nation." (Source: NAC Website - https://www.pnac.org/about-us/rectors-welcome/)