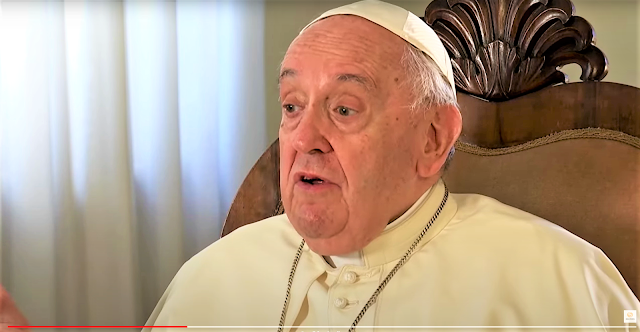 In the latest excerpt from Pope Francis' interview with Reuters he says that he is confident that financial reforms will prevent further scandals. This is the fourth part of his interview with Phil Pullella of Reuters news agency. Pope Francis discussed the reforms put in place regarding the Vatican's financial issues.
Vatican News Reports that responding to a question posed by Reuters, Pope Francis said he believes financial reforms will avoid future scandals, such as those that have hit the headlines in recent years. He mentioned, in particular, the scandal regarding the purchase and sale of the Sloane Avenue building in London, now under scrutiny in an ongoing trial conducted by the Vatican court. Speaking about the building in London, the Reuters journalist asked the Pope, "do you believe that enough controls are now in place so that similar scandals could not take place again?" "I believe so," replied the Pope, immediately listing all the steps that have been taken. Amongst these, he mentioned "the creation of the Secretariat for the Economy with expert, technical people, who don't fall into the hands of 'benefactors or friends', who can make you slip up. I believe that this new dicastery, let's say, which has all the financing in its hands, is a real security in the administration, because before the administration was very messy'. The Pope then gave the example of a section chief in the Secretariat of State who had to administer finances, but since he was not qualified in financial matters, the priest, in good faith, asked friends to give him a hand. "But sometimes the friends were not The Blessed Imelda," Pope Francis commented, referring to a 14th century 11-year-old Italian girl who is an example of purity. "And so what happened happened," he added. The Pope reiterated that the fault fell to "the irresponsibility of the structure" for past financial scandals, saying the administration of money "was not mature". Pope Francis concluded by recalling that "this idea for the Secretariat for the Economy came from Cardinal Pell. He was the genius".
Source: Vatican News