Saint July 24 : Saint Charbel Makhlouf the Wonder-worker of the East - who Could Levitate and Patron of Maronites and Lebanon 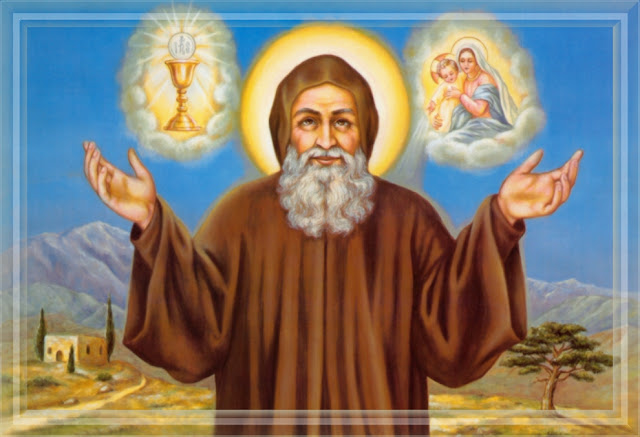 July 24, is one of the feast days of Saint Charbel Makhlouf (also known as Sharbel, 1828-1898), “Hermit of Lebanon,” Maronite Catholic monk, and “Wonderworker of the East.” Pope Paul VI said of him, “a hermit of the Lebanese mountain is inscribed in the number of the blessed, a new eminent member of monastic sanctity is enriching, by his example and his intercession, the entire Christian people. May he make us understand, in a world largely fascinated by wealth and comfort, the paramount value of poverty, penance and asceticism, to liberate the soul in its ascent to God..."