St. Mother Teresa's Order is Forced to Leave Nicaragua but is Warmly Welcomed by the Bishop in their New Country of Residence - VIDEO 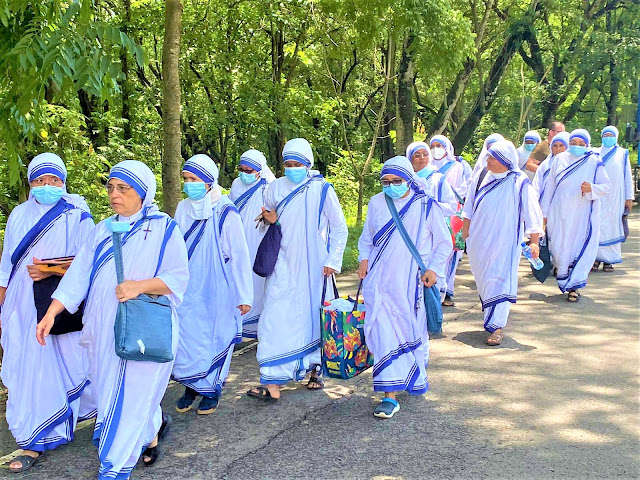 The Missionaries of Charity, founded by St. Mother Teresa, have been forced out of their residence in Managua, Nicaragua.

As reported by Catholic News World in June, the government revoked their legal status to work in the country in June.
St. Mother Teresa met with Daniel Ortega and welcomed them. Their work lasted nearly 40 years.

The Nicaraguan news agency La Prensa explained that the nuns went to Costa Rica, where the order already has a religious house.

Bishop Manuel Eugenio Salazar Mora, of the Diocese of Tilaran, in Costa Rica, posted a video of the arrival of the nuns.
“We receive them with all the love they deserve for their service and dedication to God and the church. There are 18 religious sisters who will be found passing through our country who were expelled by the government of Nicaragua.” the Tilaran diocese FB said.

Cardinal Leopoldo Brenes of Managua released a statement about the government’s expulsion:
“We deeply regret the pain of so many of our brothers and sisters who will no longer have the attention they received from the sisters,” he said.
The sisters had a nursery, a home for abused and abandoned girls and a home for the elderly in the archdiocese. They also administered a shelter for abandoned and abused teenagers in southwest Nicaragua, with education, also of trades to help them find work.