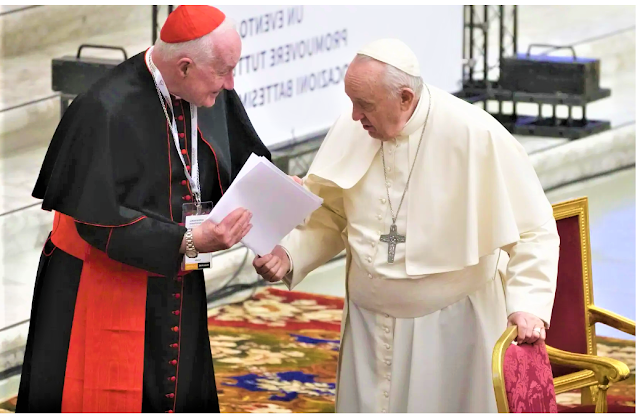 Pope Francis' made a decision not to open a canonical investigation  based on a preliminary investigation by a Jesuit priest into the allegations of sexual assault more than ten years ago, made by a woman against Cardinal Ouellet.
FULL TEXT Holy See Release:

With regard to the statements reported in the press in recent days and concerning the Most Eminent Cardinal Marc Ouellet, P.S.S., the Director of the Holy See Press Office, Matteo Bruni, declares that: “the preliminary investigation entrusted by the Pope to Fr. Jacques Servais, S.I., whose conclusion was that there are no elements to initiate a trial against Cardinal Ouellet for sexual assault, having consulted Fr. Servais again and having received confirmation that ' There are no grounds to open an investigation into the sexual assault of Person F. by Card. M. Ouellet.

Neither in his report written and sent to the Holy Father, nor in the testimony via Zoom that I subsequently collected in the presence of a member of the ad hoc diocesan committee, did this person make an accusation that would provide material for such an investigation. ', following further pertinent consultations, Pope Francis declares that there are insufficient elements to open a canonical investigation for sexual assault by Cardinal Ouellet against the person F. ".