Cardinal Becciu Indicates Reinstatement of Functions by the Pope 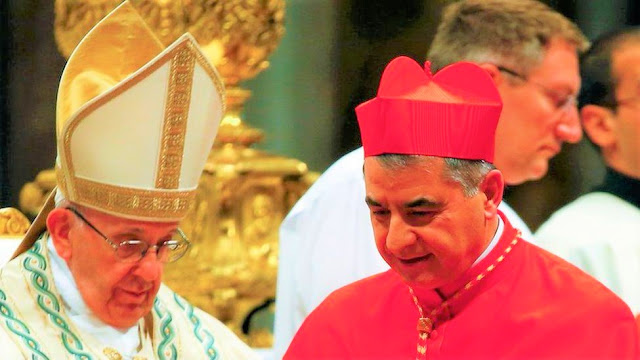 Cardinal Angelo Becciu, who was directly involved in the financial trial at the Vatican, claims that he has been reinstated by Pope Francis.

The Cardinal was previously the Prefect of the Congregation for the Causes of Saints. He resigned from his posts, in 2020, at the onset of the Vatican's financial trial. In a report by ANSA, Cardinal Becciu said he will participate in the next papal consistories on August 27th, 29th and 30th.

Vatican News has confirmed this participation invitation. Cardinal Becciu, aged 74, is still on of the defendants in a judicial process which began on 27 July 2020. The process will resume on 29-30 September, after the summer break, and will continue with seven more hearings scheduled for October. During the trial, having taken the stand three times, he has defended himself by speaking of “unfounded accusations.” (Source: Vatican News)

He is one of 10 people on trial in the Vatican for fraud. This includes the acquisition of a London property on Sloane Avenue when he was the Substitute for General Affairs in the Secretariat of State. The accused, lay and ecclesiastics, are accused of fraud, extortion, embezzlement and money laundering. This is the first time a cardinal has charged and gone before lay judges at the Vatican State Court.

Cardinal Becciu said the following at a Mass at the Sardinian resort where he is vacationing: "On Saturday the Pope phoned me to say that I will be reinstated to my cardinal functions and to ask me to take part in a meeting with all the cardinals which will take place in the coming says in Rome."

On March 17, Becciu told reporters: "I want the truth to be proclaimed as soon as possible. "I owe it to my conscience. I owe it to my former assistants, to all the men of the Curia, to the ecclesiastical community who knew me as a delegate of the pope for the beatification of many servants of God and knew me in many countries during my service as a diplomat. "I owe it to my relatives. I owe it to the whole Church. "I owe it, above all, to the Holy Father, who recently said he believes I am innocent".