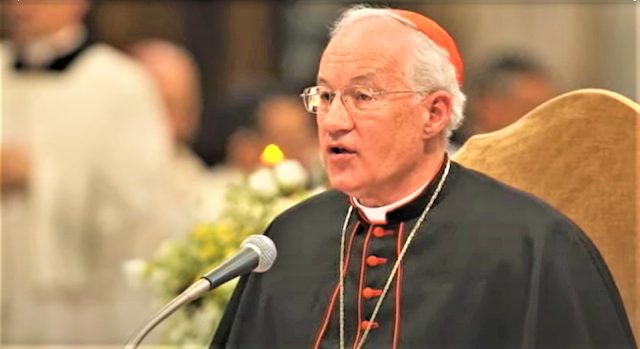 The Canadian Catholic Cardinal Marc Ouellet, released a statement in response to a woman’s accusations of inappropriate behavior. He explained that if a civil inquest is opened, he intends to participate actively so that his innocence would be revealed.
Vatican News released a statement released on August 19th in the evening, by Cardinal Marc Ouellet, the Prefect of the Dicastery for Bishops. He firmly denies accusations of inappropriate conduct alleged to have taken place more than ten years ago, when he was Archbishop of Quebec. The accusations of inappropriate behavior – which some media outlets have termed sexual assault – were made public earlier this week. Full text of the Cardinal’s statement:
Having learned of the false accusations made against me by the complainant (F.), I firmly deny having made any inappropriate gestures toward her and I consider defamatory the interpretation and dissemination of these allegations as sexual assault. Should a civil investigation be initiated, I will actively participate in it to ensure that the truth is established and that my innocence is recognized.
On August 18th, the Director of the Holy See Press Office, Matteo Bruni, issued a statement declaring that, following the outcome of a preliminary investigation entrusted to Jesuit Father Jacques Servais, Pope Francis had decided there were insufficient grounds to open a canonical investigation of sexual misconduct by Cardinal Ouellet against person ‘F’. Bruni’s statement notes that Father Servais, having been consulted by the Pope, had explained that, “There are no grounds to open an investigation into the sexual assault against person ‘F.’ by Cardinal M. Ouellet. Neither in the written report sent to the Holy Father, nor in the testimony via Zoom that I subsequently gathered in the presence of a member of the Diocesan Ad Hoc Committee, did this person make any accusation that would provide grounds for such an investigation.”
Source: Edited from Vatican News