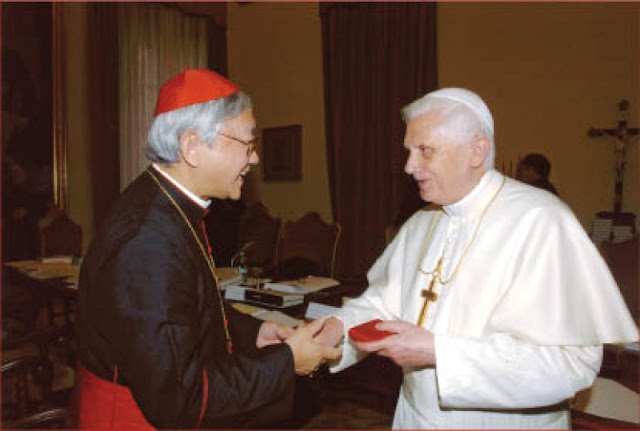 Cardinal Zen, of Hong Kong, will go on trial from the 19th to the 23rd of September.
Asia News reports that the cardinal will be tried with five members of the pro-democracy movement for failing to register the charity of which they were trustees. The defence will invoke the right to associate as provided for by the Hong Kong’s constitution.
The West Kowloon Court  set the trial date for Card Joseph Zen Ze-kiun and five well-known members of the pro-democracy movement, who are accused of failing to properly register a humanitarian fund of which they were trustees.

The decision came yesterday at a preliminary hearing chaired by Judge Ada Yim, as reported by the Hong Kong Free Press.
The police had arrested the city’s bishop emeritus and the other defendants on the much more serious charge of "collusion" with foreign forces, in violation of the draconian national security law imposed by mainland China in the summer of 2020.
Standing trial along with the cardinal are the well-known lawyer Margaret Ng, singer-activist Denise Ho, former Member of the Legislative Council (LegCo) Cyd Ho, academic Hui Po-keung and activist Sze Ching-wee.
Cyd Ho is already in prison for taking part in an unauthorised demonstration. Several pro-democracy advocates have been charged with the same offence, including Catholic tycoon Jimmy Lai, following the imposition of the draconian national security law in June 2020.
Until it dissolved itself last October, 612 Humanitarian Relief Fund helped thousands of pro-democracy protesters involved in the 2019 protests.
All the defendants have pleaded not guilty, their lawyers challenging the claim that the charity was required to register under the Societies Ordinance.
The defence is also asking that the interpretation of the ordinance take into account the right of citizens to associate enshrined in Hong Kong’s Basic Law.
Without the indictment under the national security law, the defendants risk a maximum fine of US$ 1,750.
Source: Asia News IT