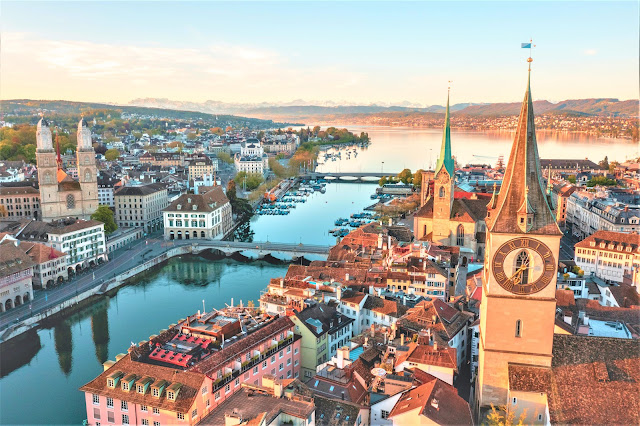 Switzerland consists of four parts of the country with their own languages: German, French, Italian and Romansh. Each part of the country has its own ecclesial traditions. The final synodal report is the result of months of work. As diverse as Switzerland is, the dioceses have designed the synodal process in different ways. The Bishop of Basel, Bishop Felix Gmür, who promoted the report, is also President of the Swiss Bishops' Conference. The believers were asked to form groups of five and answer 27 questions . The results of the three German-speaking dioceses were clear and unequivocal. 77 percent of the synodal groups in the diocese of Basel found that the church excluded women. Queer people accounted for 64 percent and divorced people for 61 percent. The Swiss share many reform concerns of Germany's synodal path. (Source: kath.ch/newsd/frauen-lgbtq-geschiedene-schweizer-katholiken-wuenschen-sich-reformen-in-der-kirche/)
Swiss report for the 2023 Synod of Bishops
08/15/2022
The Swiss Bishops' Conference (SBK) today publishes the Swiss Synod Report, which is the result of the national stage of the World Synod of Bishops 2023 "For a Synodal Church: Communion, Participation and Mission". The report was sent to Rome and used as a working document for the continental leg of the synod in spring 2023.
The Swiss synod report is divided into three main sections: "Experiences during the synod process in Switzerland", "Results of the questionnaires and debates" and "Perspectives". The Swiss Synodal Assembly, which took place on May 30, 2022 in Einsiedeln Abbey (SZ), finalized the report based on comments and requests for adjustments. This assembly had the task of summarizing the reports that emerged from the diocesan phase of the synod into a national overall report. The task of final editing was entrusted to Prof. Eva-Maria Faber (Theological University of Chur) and Dr. Assigned to Philippe Hugo (Director of the CCRFE in Fribourg).
Towards a more synodal Church
In Switzerland, the debates and the synodal questionnaires have increased awareness of the importance of baptism for the life of the Church. It was emphasized that a synodal church increasingly recognizes “the royal, priestly and prophetic dignity and calling” of the baptized.
Based on the thematic areas identified, the process at diocesan and national level in the preparatory documents received from Rome last autumn aimed at reflecting and gathering experience on the synodality of the Church: where does it succeed and where does it fail? In addition, assessments of the pastoral situation of the Catholic Church in Switzerland and its current challenges were at the center of this process. Two points were particularly emphasized. On the one hand it is about overcoming the experience that many people are excluded from full participation in the life of the church. On the other hand, the Swiss national report takes a critical look at the clericalism that still exists in some areas. In this sense it is emphasized
The Swiss national report on the preparation of the World Synod of Bishops 2023 is available in the three main national languages ​​as a pdf file in the appendix and under the "Synod 2021-2023" topic page at www.bischoefe.ch. The preparatory phase under the motto "For a Synodal Church: Fellowship, Participation and Mission" consists of several parts. After the end of the national phase, the General Secretariat of the Synod of Bishops will present the first results of the national Bishops' Conferences at a press conference in Rome at the end of August 2022. Fribourg, August 15, 2022