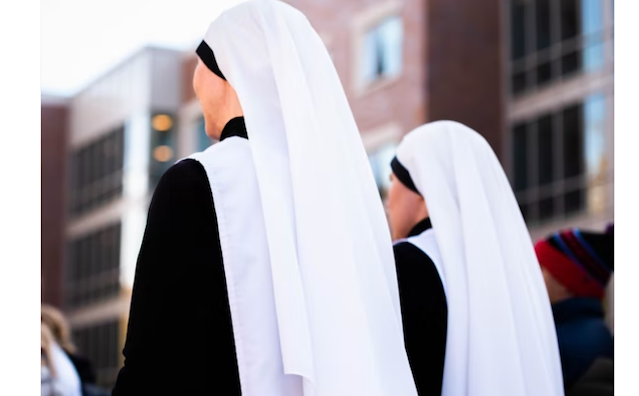 A Nun in Italy went to the hospital in pain, and the hospital discovered that she is pregnant. This was reported by the Italian News Service ANSA" The nun complained of severe pain in the abdomen after going to the hospital in Sant'Agata di Militello (Me) discovered from an ultrasound that she was pregnant. The news, was first published by the Gazzetta del Sud di Messina, was then confirmed in ecclesiastical circles. The nun, 34, was a guest in a convent in a small town in the Nebrodi. No official declaration from the religious order to which she belongs, which preferred to transfer the nun to Palermo.
After giving birth, a nun can choose to leave her religious order and become a full-time mother.
The is a second case of a pregnant nun in Sicily, after that of a convent in a town in the Messina area who discovered she was pregnant in the hospital. Today it has been learned that another nun, originally from Madagascar, who carried out her mission in a town in the Ragusa area in the Institute where she took care of the elderly, is expecting a child. The news of the pregnancy dates back to about a month; the nun who also acted as mother superior left the Institute and returned to her country of origin. Both women had recently traveled to Africa. The Catholic Church has launched an investigation into the matter.
Source: https://www.ansa.it/sicilia/notizie/2019/11/01/suora-accusa-dolori-in-ospedale-scopre-di-essere-incinta_4df18622-10e8-43dd-bb66-580c6f6b5490.html
(Please note that the photo is a stock photo of religious sisters from Pixabay and not the nuns involved in the events)