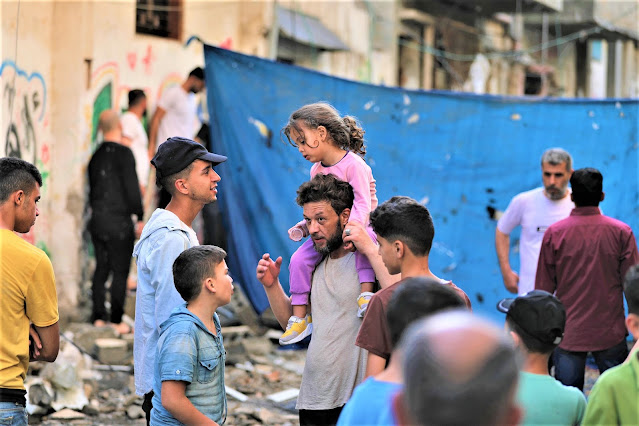 In Gaza, 56 hours of violence occurred when Israeli airstrikes hit a senior Islamic Jihad commander. At least 44 people were killed, including 15 children, and hundreds more were wounded in the raids which Israel said was a pre-emptive strike against an attack planned by the Iranian-backed group.
Vatican News reports that in retaliation, Palestinian militants fired more than 1,000 rockets at Israel, sending residents of southern areas and major cities including Tel Aviv fleeing to shelters.
A fragile cease-fire deal, brokered by Egypt, to end nearly three days of fighting continued to hold on Monday.
As the truce came into effect, Israel said it was partially reopening crossings into Gaza for humanitarian needs and would fully open them if calm was maintained. The violence was culminating to a war but was thankfully contained due to Gaza’s Hamas group staying on the sidelines as Israel focused on Islamic Jihad targets.
Israeli officials said two commanders, and around 20 fighters were killed by the strikes and large quantities of anti-tank weapons, rocket production and storage facilities were destroyed.
In a statement, US President Joe Biden said he welcomed the cease-fire between Israel and Gaza-based militants. “Over these last 72-hours, the United States has worked with officials from Israel, the Palestinian Authority, Egypt, Qatar, Jordan, and others throughout the region to encourage a swift resolution to the conflict,” he said.“We underscore our commitment to do all we can towards ending the ongoing escalation, ensuring the safety and security of the civilian population,” commented the U.N. Special Coordinator for the Middle East Peace Process, Tor Wennesland.
This latest violence comes a little over a year after an 11-day war in May 2021 killed 250 Gazans, and brought an already fragile economy to its knees.The opening of the border crossings on Monday allowed fuel trucks in to supply Gaza’s only power plant and increase the availability of electricity, which was down to around eight hours a day. Around 2.3 million people live in Gaza, a narrow coastal strip which has been under a blockade imposed by Egypt and Israel after Hamas seized power in 2007.
Edited from Vatican News