Free Movie : Constantine and the Cross : 1962 - Story of #Constantine the #Emperor 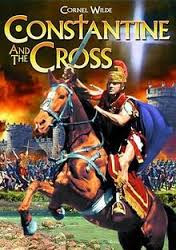 Biopic of Constantine the Great, set between 293-312 AD, from his days as Tribune to his accession as Roman Emperor of Gaul under the tetrarchy system and ending with his battle against the usurper Roman Emperor Maxentius in Rome. Director: Lionello De Felice Writers: Michael Audley (dialogue), Ennio De Concini | Stars: Cornel Wilde, Belinda Lee, Massimo Serato.