Oklahoma Bishops Saddened by Refusal of Clemency for Death Row Inmate "Pray for an end to the death penalty." 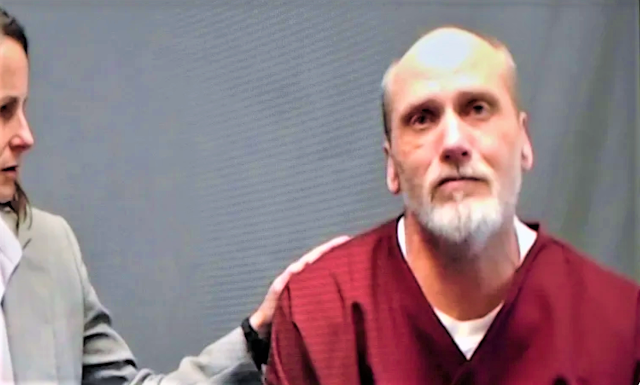 In Oklahoma, USA, Governor Kevin Stitt of Oklahoma refused clemency to death row inmate James Coddington on August 24th. The Diocese of Tulsa held a prayer vigil outside the Oklahoma State Penitentiary in McAlester. Mr. Coddington was executed on August 25. He was convicted in 2003 for the 1997 murder of Albert Hale. He killed Hale, his coworker, by striking him with a hammer when he denied him money for drugs. Earlier in August, the state’s parole board had voted 3-2 to recommend clemency for Coddington, changing his sentence to life imprisonment without the possibility of parole. His killing is the first of two dozen scheduled to take place in Oklahoma.
The Most Rev. Paul S. Coakley, Archbishop of Oklahoma City, issued the following statement:
“No matter how serious the crime committed, we do not forfeit the dignity bestowed upon us by God. Governor Stitt’s denial of clemency to James Coddington is disappointing. There are other ways to administer just punishment for crimes without resorting to lethal measures that do not align with our state’s pro-life values and only serve to perpetuate the cycle of violence. Pray for an end to the death penalty. Pray that our leaders may have the wisdom and compassion to recognize the humanity in every person, regardless of their state in life. Pray for the victims of violence and their families that God brings them comfort and peace. Pray for the soul of the condemned and those who will be involved with his execution.”
The Most Rev. David A. Konderla, Bishop of Tulsa &amp; Eastern Oklahoma, issued the following statement:
“Governor Stitt has denied clemency for James Coddington, who is now scheduled to be executed in the morning. Please join me in praying for the family of Albert Hale, the man whom Coddington murdered. Let us also pray for James Coddington, his family, and our nation and state. By all accounts, Coddington lives a very different life now than when he committed this murder in 1997. There is no need to use the death penalty in a country with a modern penal system as we have in the U.S. Use of the death penalty coarsens our society and weakens our understanding of the dignity of every human life. In Oklahoma, we have ended the killing of the unborn. I pray we will now choose to stop using capital punishment in favor of life without parole for heinous cases.”Source: https://www.okcatholic.org/oklahoma-catholic-bishops-release-statement-on-coddington-clemency-denial/