Saint August 21 : St. Pope Pius X the Patron of Pilgrims and 1st Communicants - who Lowered the Age for 1st Communion 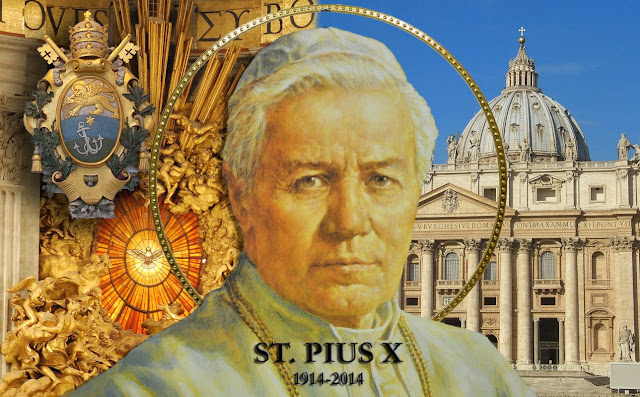