Saint August 4 : St. John Vianney who had a Supernatural Knowledge of the Past and Future and the Patron of Confessors and Parish #Priests 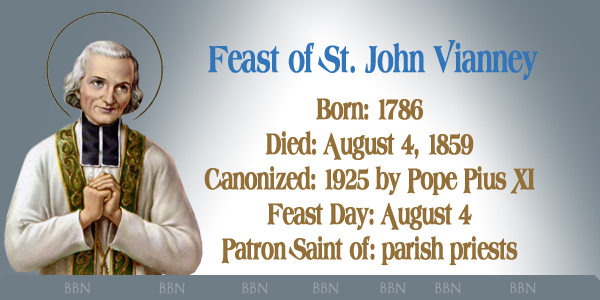