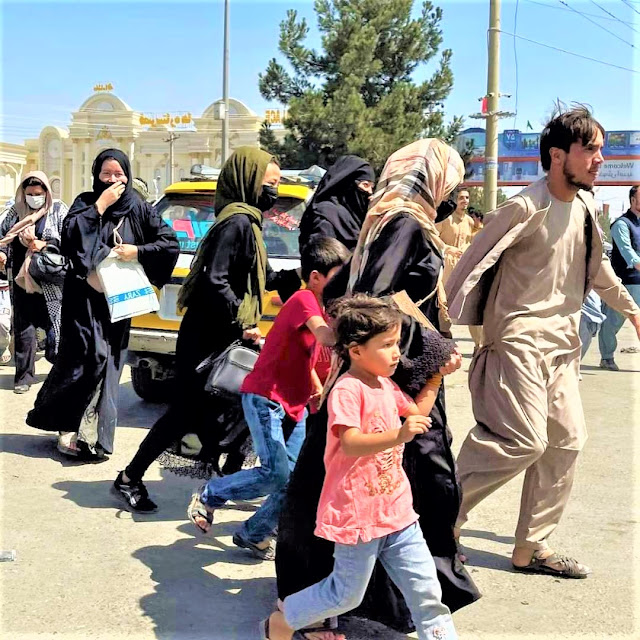 U.S. Bishops’ Migration Chairman Calls for Swift Passage of Afghan Adjustment Act
WASHINGTON - Earlier this week, the Afghan Adjustment Act (S. 4787/H.R. 8685) was introduced in the U.S. Senate and U.S. House of Representatives. If passed, this legislation would provide newly arrived Afghans with an opportunity to become lawful permanent residents in the United States, require the President to establish an Interagency Task Force on Afghan Ally Strategy, and increase support for those who assisted the U.S. mission in Afghanistan.

Bishop Mario E. Dorsonville, auxiliary bishop of Washington and chairman of the U.S. Conference of Catholic Bishops’ (USCCB) Committee on Migration, sent a letter to Congress endorsing the Afghan Adjustment Act and urging both chambers to pass it without delay, stating:

“This bipartisan bill would lift the cloud of legal uncertainty currently faced by tens of thousands of Afghans relocated to the United States in recent months and promote their full integration within American communities.

“Many of those who would benefit from this legislation served alongside U.S. servicemembers in Afghanistan or are the family members of those individuals. This service comes at a great personal sacrifice, as they now face the threat of persecution and even death if returned to their native Afghanistan. Unfortunately, their ability to remain in the United States permanently is severely limited under current law, even after an unprecedented effort to secure their relocation. The Afghan Adjustment Act would address this defect, fulfilling our nation’s promise to these families, demonstrating the United States’ commitment to its allies, and reaffirming the importance of humanitarian protection.”

The USCCB, through its Department of Migration and Refugee Services, has assisted over 13,000 Afghans with resettlement since August 2021, together with Catholic Charities agencies and other community-based partners. Through this work, the Catholic Church in the United States answers Christ’s call to welcome the stranger and carries out the Church’s commitment to protecting the life and dignity of every human person, from the moment of conception to natural death.