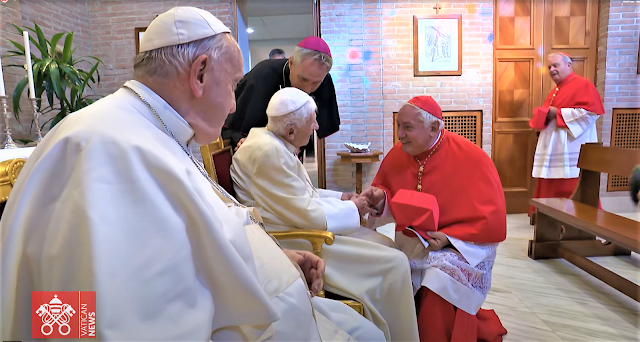 The visit to the Mater Ecclesiae monastery in the Vatican has now become a custom, always renewed starting from the 2016 Consistory. On the first two occasions of 2014 and 2015, Benedict XVI took part in the celebration in St. Peter's Basilica. Source: Vatican News