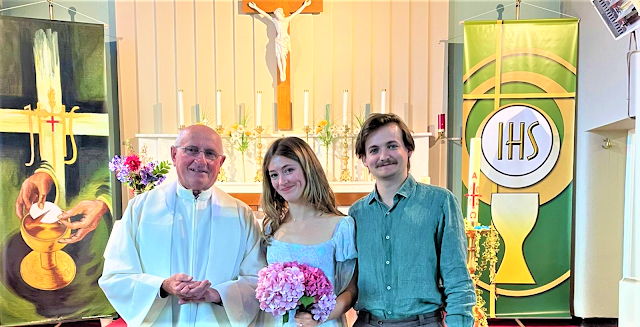 The Batman Begins, A Shine of Rainbows and Game of Thrones star Jack Gleeson married girlfriend, Róisin O'Mahony, in Kerry, Ireland.
The parish priest, Fr Patsy Lynch, released photos of the marriage on his Twitter account.

Gleeson's wife, Róisín O’Mahony, is also an actress based in the United Kingdomin. The couple married on Saturday, August 27th, 2022,  at Church of the Sacred Heart of the Glen in Ballinskelligs, Ireland.

“It’s a pre-wedding ceremony, the real ceremony will take place over in England, but the family have been holidaying down here in Ballinskelligs, The Glen, for many years and they have so many happy memories here,” Fr Lynch told the Independent.ie.

Jack, also known as Jason, played the wicked young king Joffrey Baratheon in the popular TV series Game of Thrones.
Gleeson studied philosophy and theology at Trinity College Dublin and was honored as a scholar at the university in 2012.