Bishops of Europe Statement for World Day of Prayer for the Care of Creation "On the one hand, we can hear a sweet song in praise of our beloved Creator; on the other, an anguished plea, lamenting our mistreatment..." 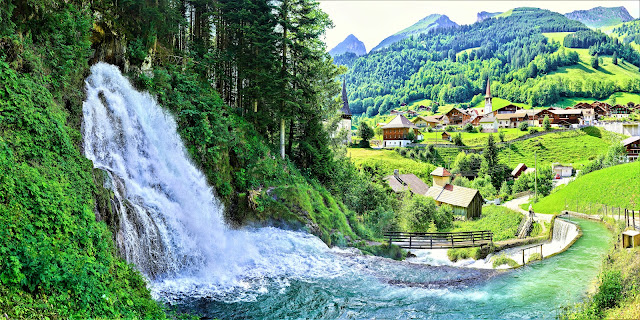 Safeguard of the Creation Section
“Listen to the voice of Creation”
Season of Creation: 1 September – 4 October 2022
Pope Francis’ Message for the celebration of the World Day of Prayer for the Care of Creation— to be held on 1 September 2022 – was published on 16 July. It has been a unique time that has seen various parts of the world devastated by the fires that have destroyed much of the planet’s green areas.
In particular, our own Europe has been faced with a genuine environmental catastrophe that, in 97% of cases, is attributable to the actions of man. In the 27 countries within the European Union, according to a recent estimate, fires have already devastated a total of 517,881 hectares since the beginning of the year, compared to 470,359 the previous year.
It is worrying, moreover, that scholars are already hypothesising the transition from our era (Anthropocene) to the next one, to which they have already given the name “pyrocene”, the effects of which are already visible considering that CO2 emissions have reached levels that the planet has not known for well over 3 million years.
To all this must be added the enormous, and perhaps still incalculable, damage to the environment caused by the ongoing wars in Ukraine as well as in other areas of the planet. As early as the 1960s, the term “ecocide” was coined in the wake of the military campaign in Vietnam. Since then, attention to the effects of wars on the environment has grown. One should not forget the heavy air pollution caused by the burning of oil installations in Kuwait during the Gulf War (1990-1991), and the wars in Yemen and Syria with the contamination of soil and waterways. Ukrainian experts currently estimate that the long-term effects of this conflict may cause cancer, respiratory diseases and developmental delay in children.
But, if the hand of man is the main cause of this current situation, it also bodes well that the same hand can put a resolve find a resolution to all of this. And it is here that the Message of the Holy Father Francis takes on great importance: not a pious exhortation, but a real challenge launched to the powerful of the earth and to the leaders of the individual nations (be they rich or poor), each for their own part. This, added to his appeal to attitudes of conversion that are concrete on the part of all Christians, so that we may be that hand capable of putting a stop to a destruction that is foretold.
Thus, the next World Day of Prayer for the Care of Creation, as well as the entire Season of Creation, which, from 1 September, will stretch until 4 October, can be a time of prayer, but also a time of serious conversion of attitudes and habits.
We, European Bishops, join the appeal launched by Pope Francis, inviting all Christians to be spokesmen for these demands of the Planet, whose voice reveals “a kind of dissonance. On the one hand, we can hear a sweet song in praise of our beloved Creator; on the other, an anguished plea, lamenting our mistreatment of this our common home”.
May the Lord hear this cry and grant mankind a new heart, capable of showing compassion to the whole of creation, so that concrete gestures may be put in place to allow all creatures to return to praise the Creator and us to join in this “‘grandiose cosmic choir’ made up of countless creatures, all singing the praises of God”.
Shkodër, 20 August 2022
+ Angelo Massafra OFM
Metropolitan Archbishop of Shkodër-Pult
President of the Albanian Bishops’ Conference
Member of the CCEE Pastoral Social Care Commission
Source: https://www.ccee.eu/listen-to-the-voice-of-creation/?lang=en